This article discusses and compares the camera specifications and quality of camera performance from different budget devices.

With the prosperity of social media in the past few years, more and more mobile phone users have started to showcase their talents to the outside world, whether they are writers, photographers, artists or anything for the matter. However, being a social media user comes with a few things to keep in mind, one of them being the quality of your content, and the image quality serves just as important as the subject matter itself. For this, one requires a great camera, but not everyone has the budget to get their hands on one, so budget smartphones are often used. Let’s see of the best budget cameras on the market. 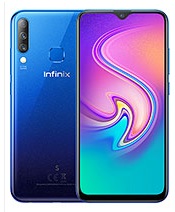 The Infinix S4 features a whopping 32 megapixel front camera which is the highest resolution camera in any smartphone, whether midrange or flagship, to date. The Infinix S4 is a phone that has been newly released and is one of the company’s latest and greatest midrange devices. Other companies have focused more on the back camera rather than the front camera, a common occurrence amongst midrange devices, but Infinix has made no exceptions in both departments. Compared to the Samsung A20’s 8 megapixel and Vivo Y17’s 20 megapixel front camera, the S4’s camera is of much greater significance and comes with more features compared to the other two devices. The camera supports live AI video beautify, which enables one to trigger beauty mode during an ongoing video stream to make changes to certain facial characteristics such as skin brightness and texture. Due to Artificial Intelligence, each face is treated differently so results vary from person to person. The back features a triple camera setup just like most midrange smartphones. The 13 megapixel main and 8 megapixel wide angle camera with AI supported allows the user to take photos of all sorts with HDR and night mode capabilities, making the phone suitable for all occasions. The fact that the phone houses an anti shake feature is also a huge plus point, helping reduce blur during motion photography. This is extremely useful while capturing random moments and storing them in your phone or taking photos during a sporting event. 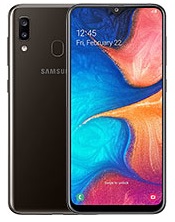 The A20 has a dual rear camera with 13MP and 2MP combined. The 5MP camera serves as a wide-angle lens, making an angle of about 123 degrees. Using this lens, the user may be able to take better group pictures, fitting a maximum number of people in the frame. The 13MP camera is the main camera and has an F-stop or focal length of 1.9 which helps taking good pictures by creating the Bokeh effect or blurring out the background and making your subject stand out, resulting in amazing portraits. Coming towards the front camera, the A20 has just an 8MP camera which is really less given that Samsung is such a huge brand with pricey phones and they could’ve given a better camera at such a price.

Just like Infinix’s S4, the Camon i4 comes with a triple rear camera with 13MP+8MP+2MP, giving sharp and vivid pictures with various details and modes such as portrait mode, night portrait mode, night photography, low light photography and so on. Where this phone differs is its 16MP front camera while the Infinix S4 gives a 32MP front camera at a lower price, due to this even though a 16MP camera is good for taking selfies but it isn’t good when you can get a better front camera at a lower price.

Read More : TECNO Mobile Has Reduced The Price Of Its Most Famous Budget Smartphone Pop 2 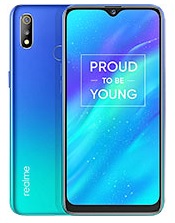 Though Realme 3 has been trying to keep up with the competition, sad enough to say it hasn’t been what people really expect from a phone in this price range, provided that the Infinix S4 gives a lot more at a lower price. The Realme 3 comes with a dual rear camera of 13MP and 2MP, one being the main camera and the other the secondary camera. It has a wide angle effect and gives the bokeh effect in portrait mode as well but lacks the detail and sharpness given by the Infinix S4. What adds to the Realme 3’s defeat is its mediocre 13MP front camera which is pretty less when other smartphones are giving better results and cameras at a lower price.

Read More : Founded only one year, realme earned itself the fastest mobile brand to became the global Top 10 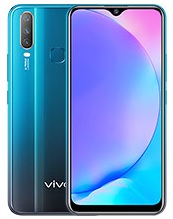 Keeping in mind that this is the most expensive of the bunch, people had a lot of expectations from this phone. It fulfilled in the storage part but lacked when it came to camera performance, to people’s dismay. At a price of PKR 37,000, the phone offers the same camera as the Infinix S4, a triple rear camera of 13MP+8MP+2MP, giving beautiful images but the phone has just a 20MP front camera, which is good but you can have better in just PKR 23,000 by buying the Infinix S4 which has a 32MP front camera. Y17 is a good phone overall but unfortunately is left behind because of its weaker front camera than the Infinix S4.

The Infinix S4 works best for all, if used and calibrated according to your needs. Instagram users can expect crisp visual quality which will make their photos look more attractive and pleasing to the eye. The S4 is a dream come true for many mobile photography enthusiasts, and the company plans to keep the hopes of its consumers high this year. 2019 is halfway gone and the phone plans to stand victorious amongst all in the front camera department till the end of this year. The battle for number 1 is tough in the smartphone department, but Infinix is confident enough, and isn’t expecting a challenger anytime soon. The phone costs a mere 22,999 PKR, the cheapest amongst all devices surveyed as well as the best. So snapshot lovers, don’t let this deal slip by and get your Infinix S4 handset ASAP!