Careem and Their ‘System Glitches’

Careem charged multiple credit cardholders of Bank Alfalah a series of duplicate payments all at once.

There is a constant argument in Pakistan that in the country it’s banking and payment systems are not as sophisticated as the rest of the developed world and in each of this argument, the party being bashed is our government. While the political leadership is rightly blamed for the slow progress there exists an equally impactful trust issue among the public while using their plastic money or e-payment platforms.

In our recent discussion with a group of people who use plastic money regularly for paying off for their day-to-day commute expenses to Careem, whose name nowadays has frequently come up as a usage one culprit.

Careem came out as breaching the trust of its consumers who put their credit card information on its portal. There have been cases of random transactions made by Careem on its user’s credit cards and then the users have to keep complaining and tracking their money for a refund.

To elaborate, this is not a one-off case Careem and the consumers are losing their trust in the transportation network company for not just their diminishing service standards & the whole Peak Factor fiasco but their shady financial transactions.

One of the customers got a random text on his credit card and by chance, he got alerted by it and followed up and found out they had a ‘SYSTEM GLITCH.’ Imagine how many times you missed the text alert from your bank and they enjoyed your free money. It is like a monster under your bed, comes up when you least expect it. 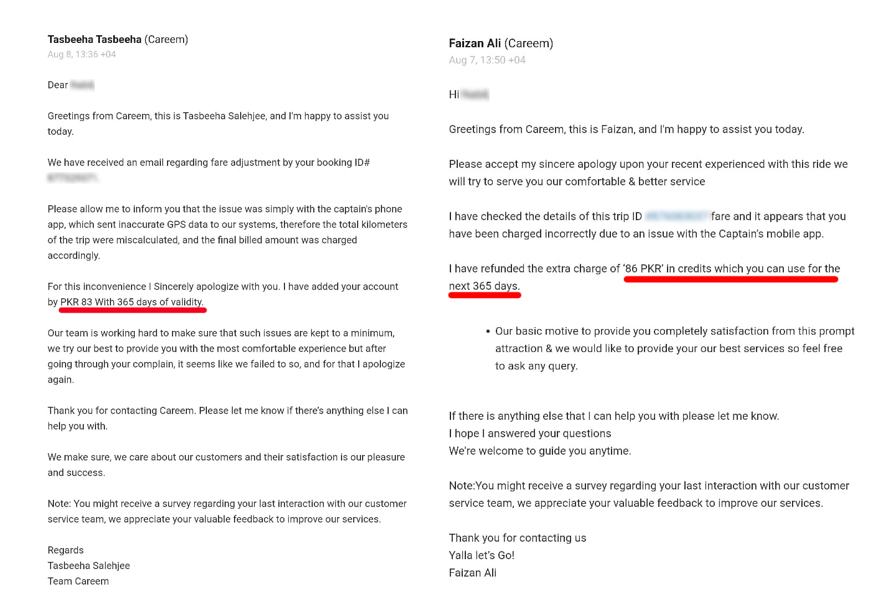 The captain’s phone is causing an overcharge, can they be really serious?? And note that this happened on three consecutive days with the same customer.

Now coming to this most recent of their ‘System Glitch’ or however they are going to justify it later. Careem charged multiple credit cardholders of Bank Alfalah a series of duplicate payments all at once.

Careem has become a big brand name in Pakistan in recent years, but if such a big brand gets involved in all kind of financial blunders how come the customers are going to trust it. It’s high time for Careem to look thoroughly look into this matter, as customers are coming forward blaming their high ups for being involved in financial wrongdoing in the name of glitches.

The all-new Nokia 105 is now available in Pakistan

Chinese Ambassador, Yao Jing terms CMPAK as one of the largest telecommunication…

Chinese Ambassador, Yao Jing terms CMPAK as one of the…