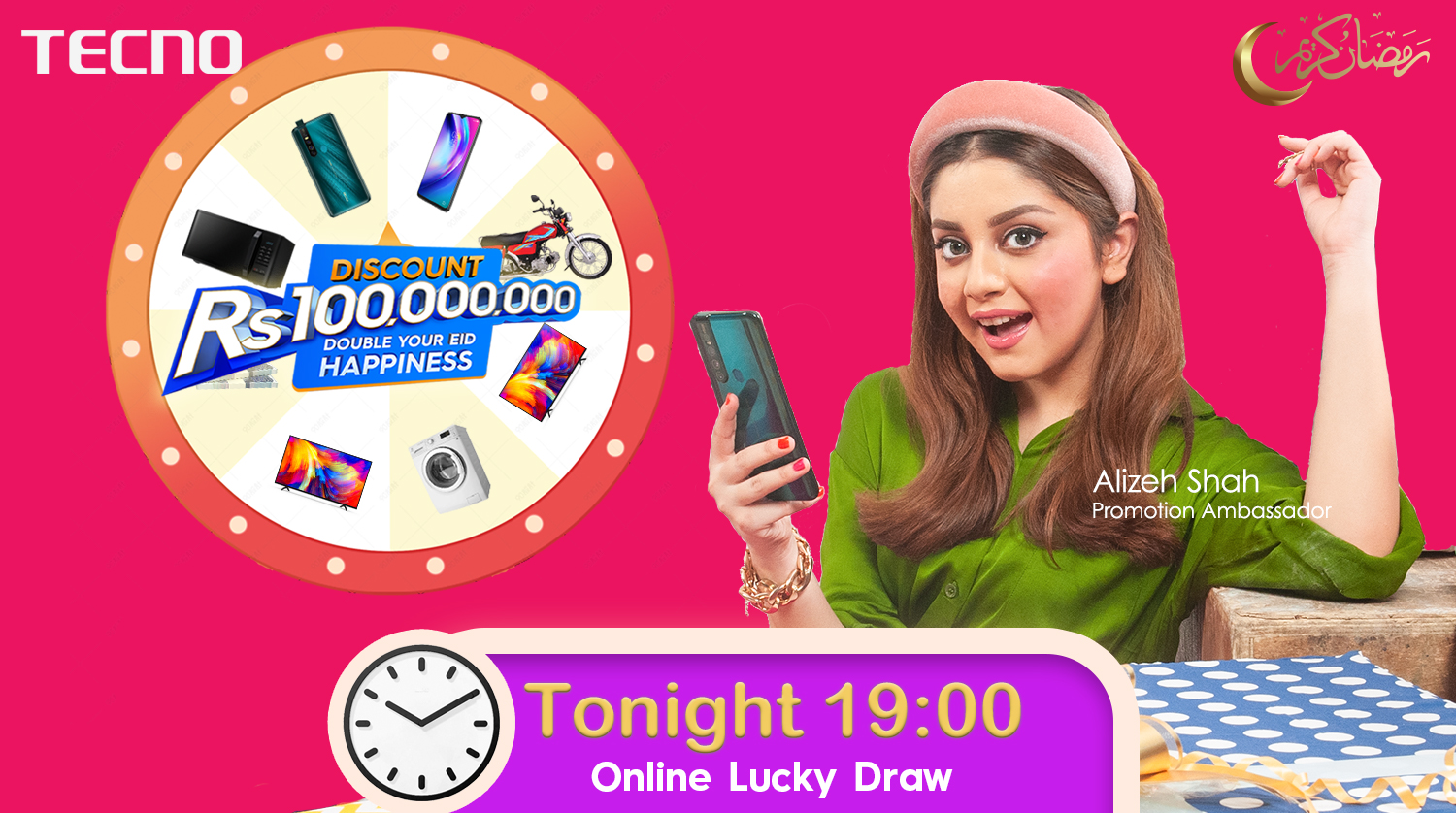 A top-tier smartphone brand, TECNO is back again with another exciting round of online lucky draw activity, “Double Your Happiness” worth Rs. 100 Million Discount Offers. The live streaming of the second round of Lucky Draw will be hosted by a famous tech expert, Ali from Mas TEC, on TECNO’s official Facebook page @TecnoMobilePakistan on 23rd May 2020 at sharp 7 p.m.

The First Round of online Lucky Draw was held by famous tech expert Bilal Munir (aka #VideoWaliSarkar), on 19th May 2020, which received an overwhelming response by the audience at all ends. The participants in the lucky draw won many exciting gifts included luxury home appliances, TECNO premium products, cash prizes, and many more. The lucky winners’ IMEI numbers were announced during the live stream and then later were made public on the TECNO Official Facebook page.

The “100 Million Discount offer” is comprised of two lucky draw rounds. The purchase of TECNO’s latest smartphones Camon12 Air, Spark 4, and Spark 4 lite during this campaign will not only get you a cashback of Rs.1000 but also allow you to be a part of online lucky draw activity!

To participate in the lucky draw, let’s recall the rules to be a part of a lucky draw campaign,

After the booming enactment of the 1st Round, TECNO fans are anxiously waiting for the 2nd Round to go Live. This bounteous campaign is a source of hope and joy for TECNO fanbase in the holy month of Ramadan. So, without delaying more get yourself entered in the biggest online lucky draw! Also stay tuned with TECNO’s Official Facebook page for the latest livestreaming updates.