Ground-breaking Product Innovations, Device Sales and a commitment to Developing Technology that benefits society are keys to success 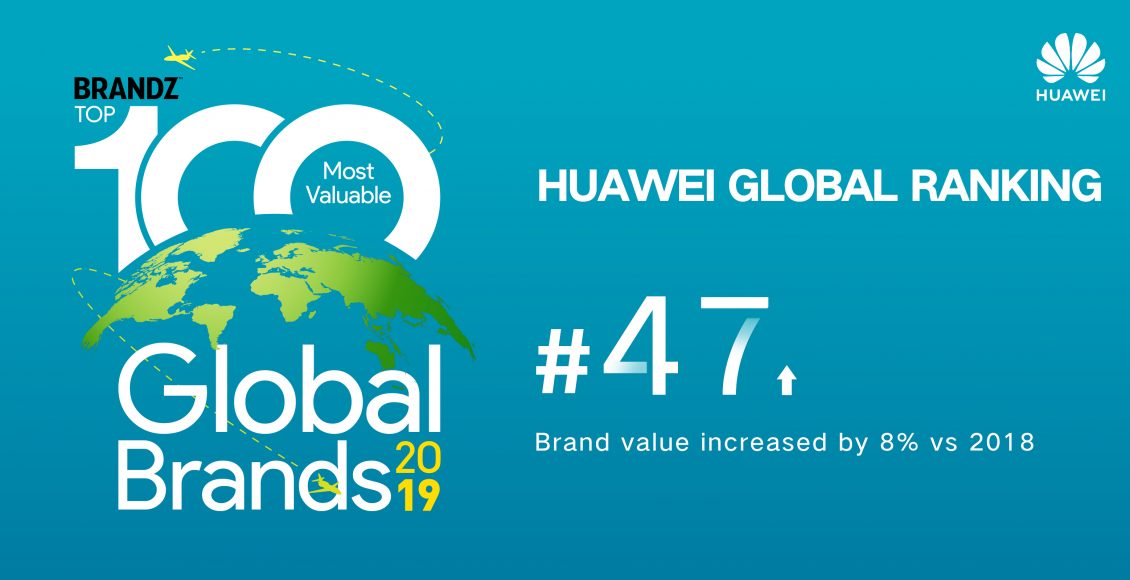 Shenzhen, China – Friday, 14 June, 2019: Huawei has strengthened its position in a leading global brand index while also increasing its brand value. BrandZ’s annual Top 100 Most Valuable Global Brands study, published by WPP’s research arm Kantar, ranks Huawei 47th (up one place from last year) with an eight percent increase in brand value. It’s the fourth consecutive year that Huawei has been featured in the top 50. 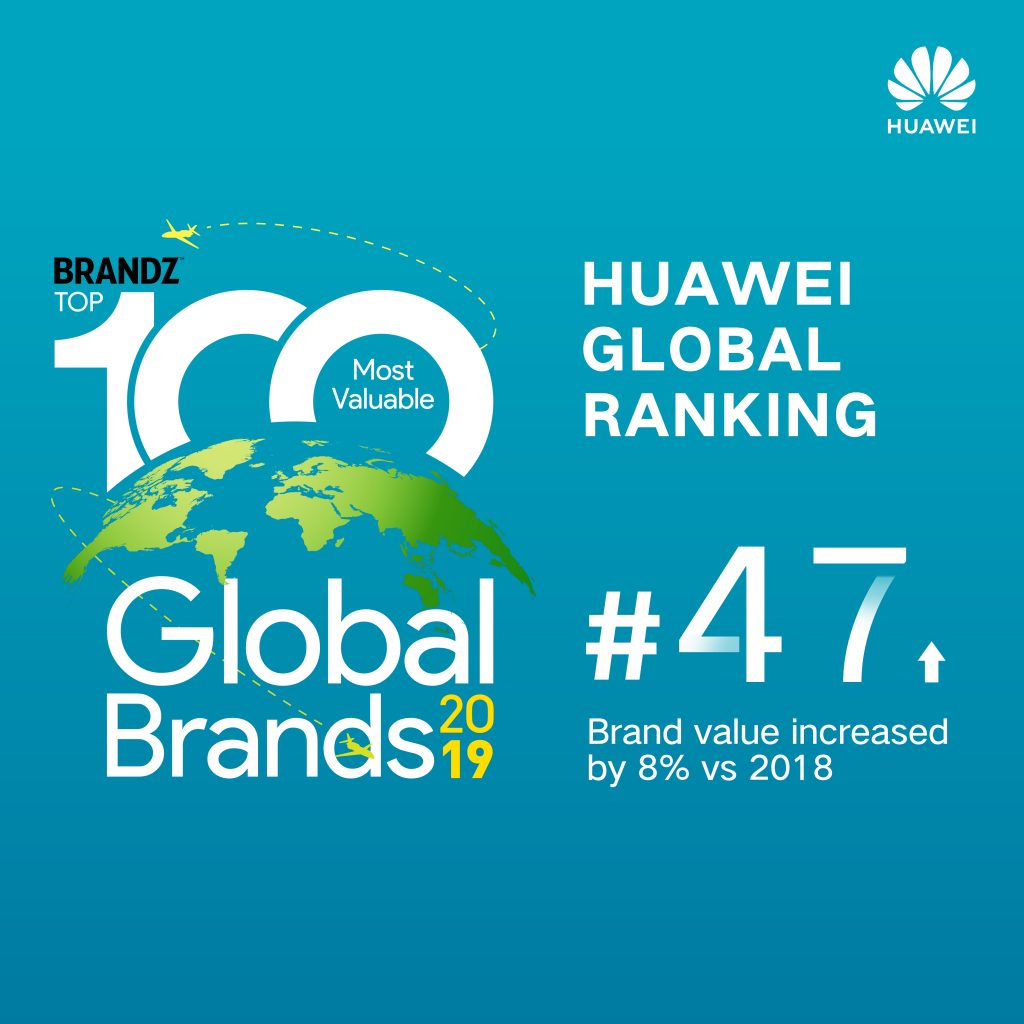 Ground-breaking product innovations such as the HUAWEI P30 Pro’s advanced camera system and the unprecedented technological innovation baked into the HUAWEI Mate X handset (which boasts advanced 5G capabilities and a new foldable design) have clearly struck a chord with media and consumers alike, gaining excellent product reviews and countless awards, success that been reflected in sales.

As leading analyst firm IDC noted in its most recent Worldwide Mobile Device Tracker, Huawei provided the only highlight from a vendor perspective, posting year-on-year growth in shipments of more than 50%. It further remarked that the firm’s laser focus on growing its stature in the world of mobile devices saw it closing the gap on leader Samsung and firmly cementing its number two position.

According to IDC, Huawei now boasts 19% of global market share in the smartphone category and was the only smart phone vendor at the top of the rankings to experience an increase in shipment volumes throughout the first quarter of 2019.

Huawei’s success shines a light on a broader trend of Chinese brands succeeding in the global consumer economy. Four of the nine new entries to the BrandZ’s report are based in China and there are 15 Chinese companies now in the top 100.

Overall, there was a 7% increase from USD 4.4 to 4.7 trillion over last year’s report, adding a total of USD 328 billion to the brands listed in the report. For the 13th year, consumer technology companies continue to dominate the top rankings occupying eight out of the ten places with a combined worth in excess of USD 1 trillion. 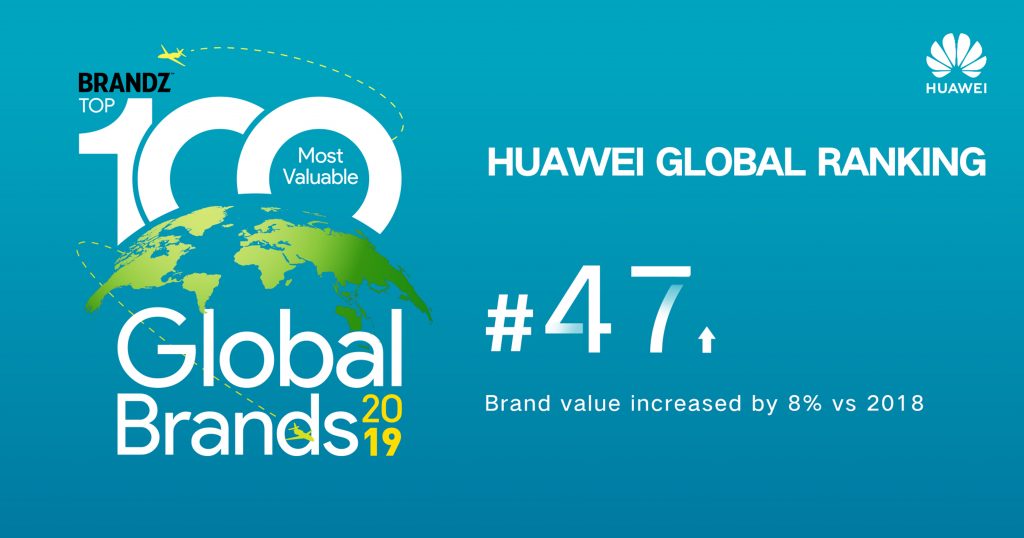 Looking to the future, Huawei’s commitment to developing technologies that benefit society, as well as consumers, is sure to boost its reputation and standing among global audiences.

For example, Huawei’s ‘AI for Good’ initiative brings to life how Artificial Intelligence can be a transformative technology when applied to helping humanity overcome challenges and improve life chances. Recent projects include translating books into sign language for deaf children, reading facial expressions for the blind and diagnosing visual impairments at a stage early enough for effective treatment.

My Zong App – Better Than Ever