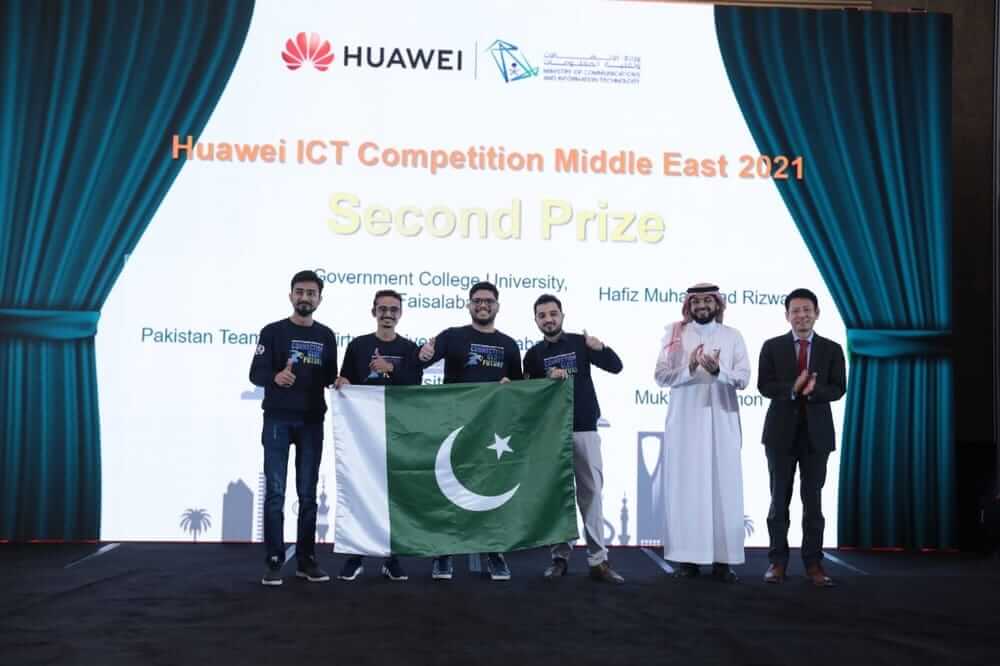 Two Pakistani teams are participating in the global finals of the Huawei ICT Cometption 2021-2022 to be held in June and taking place in Shenzhen, China. Ranked in first and second place in the 5th Huawei ICT Competition Middle East region which was held in partnership with Higher Education Commission Pakistan, the teams will now proceed to the Global Finals in Shenzhen, China in June, part of an eight-team delegation that will represent the Middle East at the global competition. The event will be streamed live to a worldwide audience.

Huawei ICT Competition 2021-2022 is the culmination of a one-year journey that started in June2021, beginning with the national preliminary competition followed by the national finals and, finally, the regional finals. This year’s competition provided training and competition tracks in advanced technologies such as intelligent applications, cloud computing and big data. Worldwide, over 125,000 students, 2,000 universities and 85 countries/regions participated in this year’s contest.

Mark Meng , CEO Huawei Pakistan said, “We are delighted with returning to the physical-style ICT competition where we again celebrate innovation and creativity. As digital transformation accelerates, we want to support the communities where we serve with the opportunity and platforms to develop impactful technologies that will change lives. Teams from Jordan and Pakistan made it to the podium in last year’s global competition finals and we are confident our teams from Pakistan will perform as admirably this year.”

The Huawei Innovation Competition was held for the second consecutive year parallel to the ICT Competition. The Innovation Competition empowers undergraduate students and their teachers to use innovative technologies – such as artificial intelligence (AI), cloud computing, and big data – to create valuable and impactful applications for society.

With the theme of “Connection, Glory, Future,” the Huawei ICT competition bridges the gap between Huawei and universities/colleges, education, and the ICT industry, students and enterprises’ talent requirements, and promotes competition, learning, and development. The competition provides an international stage for up-and-coming students, giving them recognition, and raising the industry’s profile of teachers and universities/colleges. The contest allows participants to grow in the process, improve the start point of their career, benefit from digital technologies, and develop towards a better future.

TECNO becomes the Fourth Most Selling Smartphone Brands of 2021