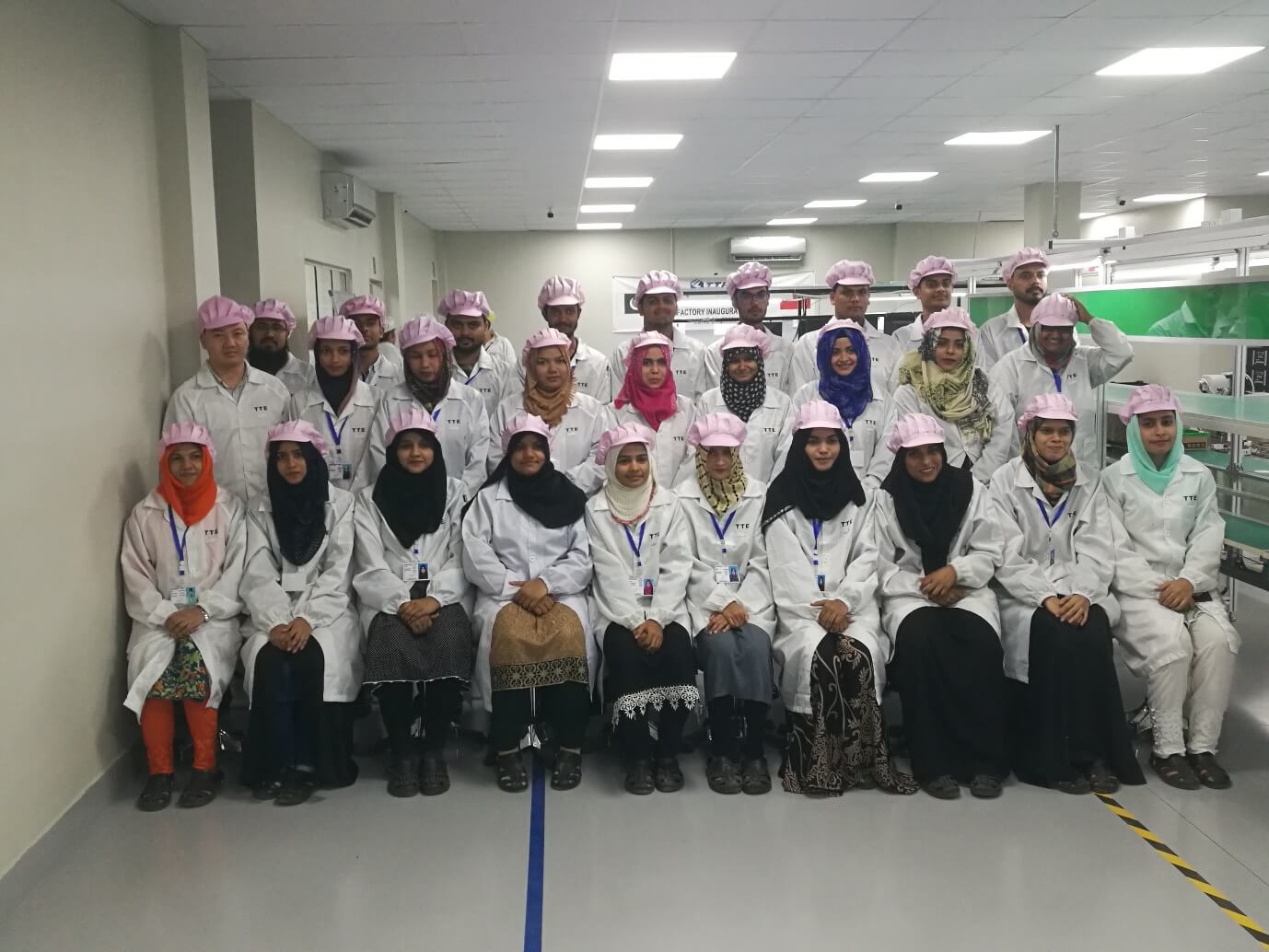 Research shows that diverse teams perform better and are more innovative, often suggesting promising results for business. Despite so, the lingering issue of gender disparity between male and female representation in the technology industry continues to be a hot topic for many activists, government authorities, and public-alike .

In line with this year’s International Women’s Day 2021 (IWD 2021) theme #ChooseToChallenge, four superwoman from the fast-growing smartphone brand Infinix looks to share their personal story in challenging biases and misconceptions within the tech space through a #SHEPOWER video released by the company. The video can be found at (https://youtu.be/3gRg8Ox7LZY).

The #SHEPOWER in Infinix
Founded in 2013, Infinix is a frontrunner in combining stylish design and cutting-edge smartphone technology in their products. As a brand who aims to connect with the youths via their product innovation, the brand is also not one to shy away from burning social challenges – in this case, empowering women to take a stance in some of the most challenging environment. This time it is encouraging some of those women to share their stories. The #SHEPOWER means lot of more meaningful to Infinix than many other brands as the company seeks not only to foster the technological and innovative development of some of the less-privileged regions, it seeks to advocate social changes by promoting gender equality, as much as we don’t want to admit, some parts of the worlds aren’t very friendly to women who wants to develop a career of her own.

Fully aligning with the global goal, the company keeps growing its investment to contribute to turn Pakistan into a regional tech hub, and it just got one step further towards its mission and local commitment to put Pakistan on road to progress and prosperity. Infinix is contributing to Pakistan’s economy, while at the same time empowering labor, especially women, in the country. In the manufacturing facility at Pakistan, 60% of the workforce is comprised of women.

Talking of the women empowerment in Pakistan that how it has drastically increased over the past years, it would be great to mention Zuofyshan Ahmer, the community manager at Infinix Pakistan.
Owing to her profuse talent in singing, she had a global chance to portray her euphonious vocals and participate in the Guinness World Record for the most people in an online rap play.
“Being the only female layman candidate amongst the 5 other professional males with exceptional singing skills was not an easy thing to deal with. However, I had to be the strongest of them all as I was leading them as well through the platform of Infinix while representing my country, Pakistan”, said Zuofyshan while expressing her victory with glee.

Meet Shams Talaat, a 23-year-old marketer in Infinix, Iraq. Despite being in a place that has the lowest female employment rates in the world , Shams has always been a fighter when it comes to gender equality. Last year, she marched hand in hand with male and female protestors down the streets of central Baghdad as one of the organisers of the gender equality rally which made international headlines .
“We want to feel heard, equal – and be free to represent our own voices,” said the young girl who have just graduated from Nahrain University, one of the top universities in Iraq. “It’s uncommon for women to work in technology company here. Being part of this industry, in Infinix, in particular, means a lot to me because I am part of a vision that aims to provide great technology at an unbeatable price for my country. At the moment, I’m the only female member in my office – but I believe that things will change as we continue to promote a safe and inclusive working environment for aspiring women who wants to take a stab at the tech industry in Infinix,” continued Shams.

Another employee which shared her story comes from a transcontinental country where it spans the northeast corner of Africa and southwest corner of Asia – the Arab Republic of Egypt, a place which ranked 136 out of 145 countries worldwide in gender equality . Amani, the Head of Human Resources Department at Infinix, Egypt, has over 10 years of working experience under her belt. During her time with Infinix, Amani has been invited to attend the biggest HR conference in the middle east HRSE 2019 HR Summit and Expo.
“In Egypt, women are under tremendous societal pressure to get married and raise a child. Traditional Arabic culture sees us as weak and one that needs protection – even getting out of the house alone is a trouble for us. That’s why I take great pride in my work and what I’ve achieved so far,” shared Amani when asked about her views on common difficulties faced by female employees in their country. Despite the scrutiny, she was able to excel in her performance: “It was very challenging in the beginning because the brand was growing so fast that I needed to establish a team and expand it by three times of its original size in such a short period. Regardless, we did it in the end. Not only so, I also managed to finish my post graduate studies in Human Resource and Law while working. It’s truly a blessing.”

The last sharer comes from a place which represents a promising future for a highly progressive nation that has committed to itself to promoting greater gender equality in its once male-centric workforce – the People’s Republic of China. Jessica a 25-year-old mobile structure design engineer at Infinix Shanghai is turning heads with her talent in what seemed to be “a man’s job”.
With a childhood dream to be a fashion designer, Jessica finds joy in putting her creativity and passion into every aspect of Infinix mobile design: “ It’s a dream come true in an unexpected way. I’m really glad that fashion plays a critical role in Infinix’s product creation – it gives me an opportunity to see my ideas come to life in an everyday product like smartphones.” One of her greatest achievement includes a crossover project with popular mobile game PUBG where her designs were featured heavily on many prime advertisement spots.
Today, there are greater acceptance for women in the workforce globally. Infinix has never stopped to take challenges on, with a workforce of 42% women, it will continue to drive gender equality and diversity. It is not the ratio that counts but the culture of fostering diversity. In fact, the COVID-19 pandemic has also sped up the marathon for women’s rights in multiple aspects. That being said, companies – in this case, those in technology sector – will still need to relook and improvise some of their efforts in promoting gender equality in the workspace to ensure a sustainable change.