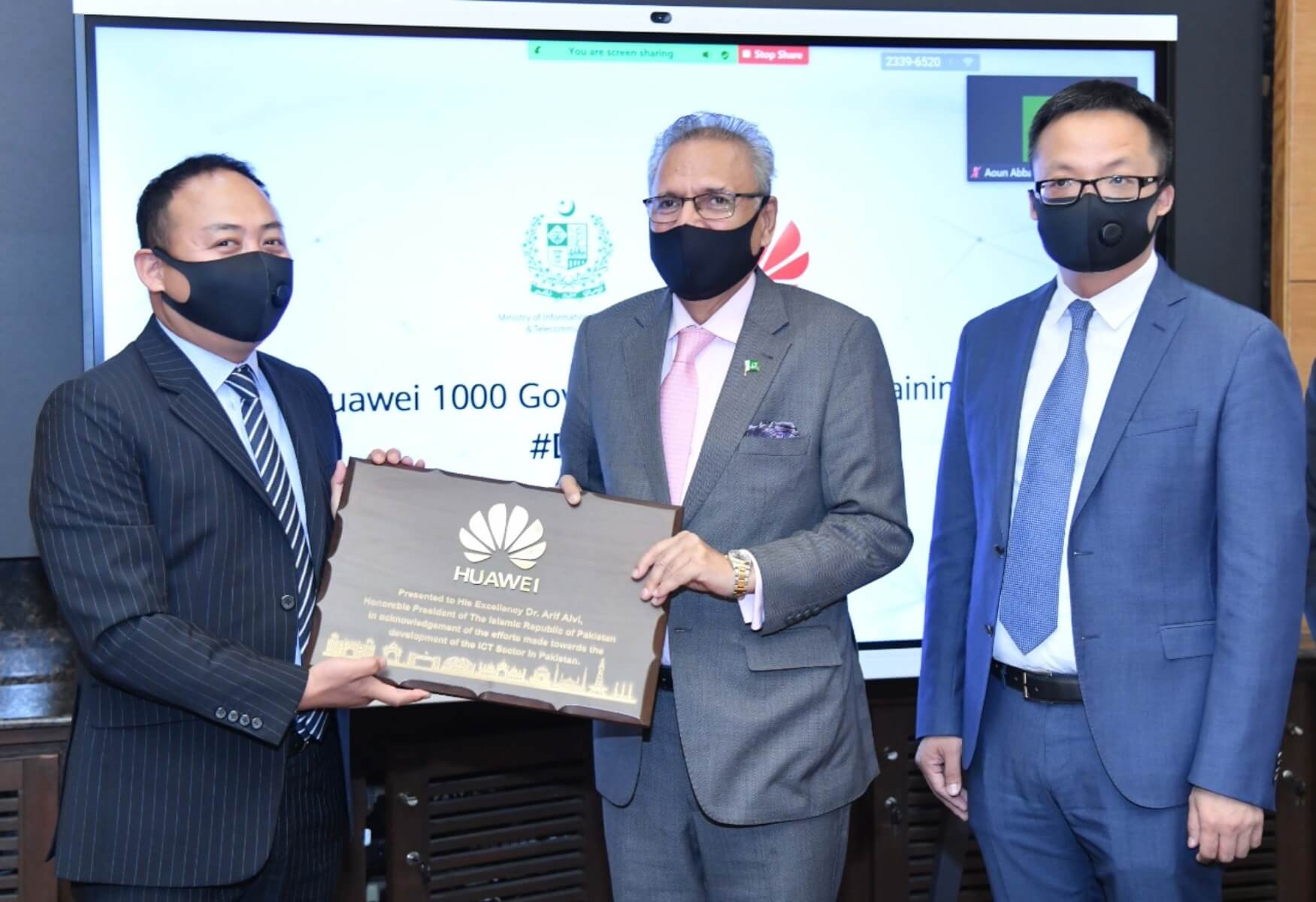 President Dr Arif Alvi has called for promoting Knowledge-Economy and digitalization of Government organizations to enhance the efficiency of work and service delivery. He said that Pakistan was blessed with immense talent and resources and the government was making serious efforts to channelize this potential in the right direction. The President stated this while talking to a delegation of Huawei, led by the Vice President of Huawei Middle East Region, Mr.Spacelee, who called on him, at Aiwan-e-Sadr, today.

Mr.Spacelee gave a presentation about the role of his organization in the promotion of IT Skills in Pakistan. He informed that Huawei had contributed to Pakistan’s economy by providing 10,000 jobs and paying $120 Million in taxes to the Government from 2018 to 2020, besides spending $6 Million to support disaster-relief efforts of the government. He highlighted that his organization had contributed to Pakistan’s Information and Communication Technology (ICT) talent by providing 10,000 certifications till 2020. Mr.Spacelee informed that the M/o IT&T in collaboration with Huawei would train over 1,000 Government employees to achieve Digital Pakistan initiative. He apprised the meeting that government officials would be registered and enrolled for training programs which would be conducted through Huawei Experts.

Huawei Pakistan CEO Mr.Mark Meng added that Huawei will collaborate with the public and private sectors in Pakistan to create an ICT ecosystem that drives digital transformation forward. Huawei will continue to support the government’s Digital Pakistan vision with the latest technologies, unlocking new avenues of growth and innovation.

President Arif Alvi appreciated the initiative of Huawei to provide training and ICT skills to the people of Pakistan. He asked the M/o IT&T to develop an action plan and set timelines for launching training programs for the government employees to train them in fields like Artificial Intelligence, Cloud Technology, Big Data, Blockchain, Neural Networks and Communication Technologies. He urged the M/o IT&T to come up with more innovative ideas and enhance collaboration with Huawei for early realization of Digital Pakistan Initiative.

After the meeting, Mr.Spacelee presented one award to the President for his efforts made towards the development of the ICT Sector in Pakistan.