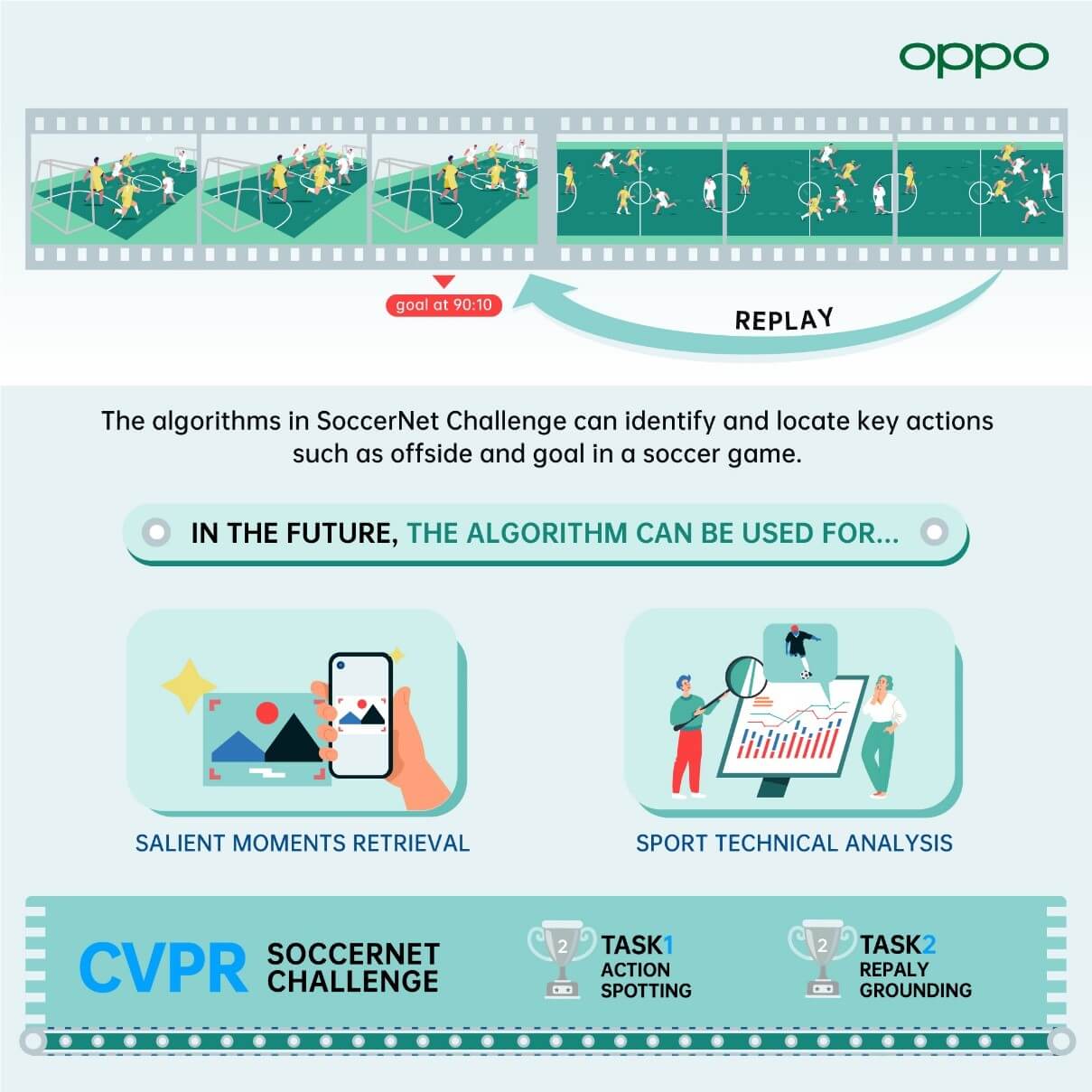 The team participating in the CVPR 2021 competition on behalf of OPPO came from the Intelligent Perception and Interaction Department and OPPO US Re-search Center of OPPO Research Institute. Through the optimization and training of AI algorithms, the teams’ work continues to strengthen OPPO’s AI capabilities and the ability of its AI technology to better serve peo-ple.

Eric Guo, Chief Scientist, Intelligent Perception, OPPO, said, “We are very pleased to have achieved such remarkable results again in this year’s CVPR Challenges, following our inaugural participation in CVPR 2020. Last year, we won first place in Perceptual Extreme Super-Resolution Challenge by demonstrating technology that can sharpen the appearance of blurry images and in Visual Localization for Handheld Devices Challenge that makes fusion positioning more precise. The Challenges won by OPPO this year, such as Multi-Agent Behavior, AVA-Kinetics, and 3D Face Reconstruction from Multi-ple 2D Images, cover more complex and advanced areas of computer vision, including behavior detection, localization of human actions in space and time, and facial detection.”

“These technologies can be used in a whole range of scenarios such as manu-facturing, home, office, photography, health, and mobility,” added Guo. “At OPPO, we are committed to making AI better serve people, providing users with more intelligent and convenient experiences.”

Among its eleven honors, OPPO received three awards in the Multi-Agent Be-havior Challenge, which assesses an AI model’s ability to understand, de-fine, and predict complex interactions between intelligent agents such as animals and human beings. OPPO ultimately won the first-place prize in the Learning New Behavior category, second-place in Classical Classification, and third-place in Annotation Style Transfer, distinguishing itself from over 240 other participants thanks to its leading AI capabilities.

realme for the Masses: The Fastest Brand to Sell More than a Million Devices in Pakistan