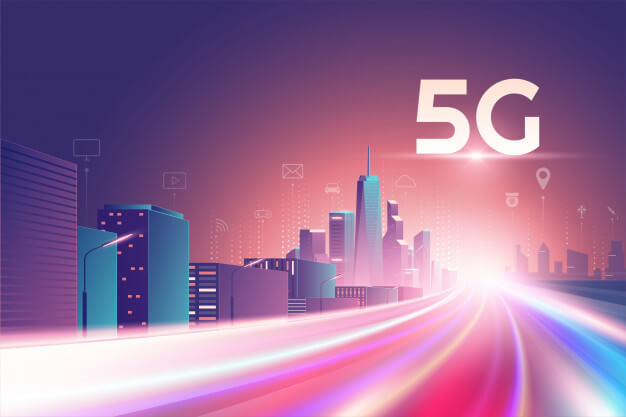 4G and 3G are so advanced and revolutionary that most people who are dependent on smartphones have gotten used to this new form of communication. The concept of 5G technology so far is that it will be faster and smoother for video streaming, and have better upload and download speeds. However, there are other implications to this new technology, including technical differences and possible requirements for usage that will have a resulting impact not only on telecommunication but also on other aspects of our society.

To catch up with the rest of the world in terms of advancement in technology, Pakistan Information Technology Minister Aminul Haq has announced that the government will introduce 5G wireless technology by December 2021.

According to the sources, In a statement, the IT minister said that the government was taking effective steps to introduce the 5G technology in Pakistan and it would ensure that this is done by the end of next year that is by December 2021.

Furthermore, the IT ministry has established a policy committee on bidding for the 5G service. The committee has the representation of the members of all the stakeholders that include telecom companies and the Frequency Allocation Board. The committee is currently looking for an international consultant to auction the 5G licenses, which would be followed by the bidding process, its starting price, and other conditions.

He also added that the trial run of 5G would start from a hospital in Islamabad and Zong, a Chinese telecom company would help the government in this regard. However, prior to this, the government will have to connect Islamabad, Karachi, and Gwadar via the fiber optics network.

Fortunately, In August 2019, Pakistan successfully tested a 5G network in the country.

“Zong has become the first operator in Pakistan to successfully conduct a 5G trial and this is yet another milestone for the company,” said Wang Hua, Chairman, and CEO of Zong

The 5G service in Pakistan will be 100 times faster than the current magnitude, while the network will be 10 times faster than existing broadband connections available in the country. According to different surveys and reports, the recorded 5G home routers speed is approximately 4 gigabytes per second, which means that it can download a 50gb file in 2 minutes and a 100gb file in just three and a half minutes.

The journey has begun to the evolution from 3G & 4G to 5G and onwards but it would be one of the hardest roads to travel as the metamorphosis is not a piece of cake and Pakistan still has to go a long way to achieve this milestone. The United States only has 5G coverage in 25 cities, whereas in China, only 50 cities have 5G coverage. Another challenge is how much time would it take before the full-fledged 5G services would be available all over Pakistan.