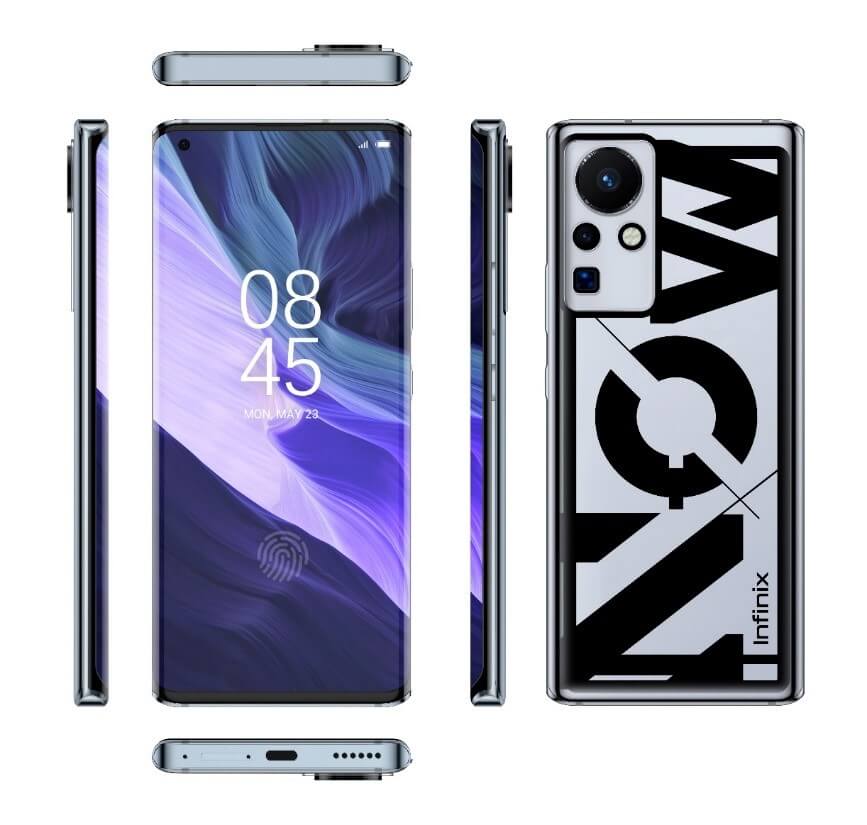 Infinix a rapidly growing smartphone brand especially in the emerging markets seen launching amazingly advance smartphones at a reasonable price point. The company recently released Infinix Note 10 Pro, which is getting an awesome response from the customers. There is a clear trend of constant improvement and a commitment towards pushing the industry standards, of both design and technology.

We’ve seen a lot of rumors circulating about 160W fast charging in the upcoming Infinix phone. Now, we came across a picture seen on some highly reliable social media profiles. As shown in the picture there is a massive curved display with almost zero bezels. A fingerprint can also be seen on the screen which means it will have an in-display fingerprint scanner. If we talk about the rear design of the phone which shows some futuristic camera module and cool branding of “NOW”.