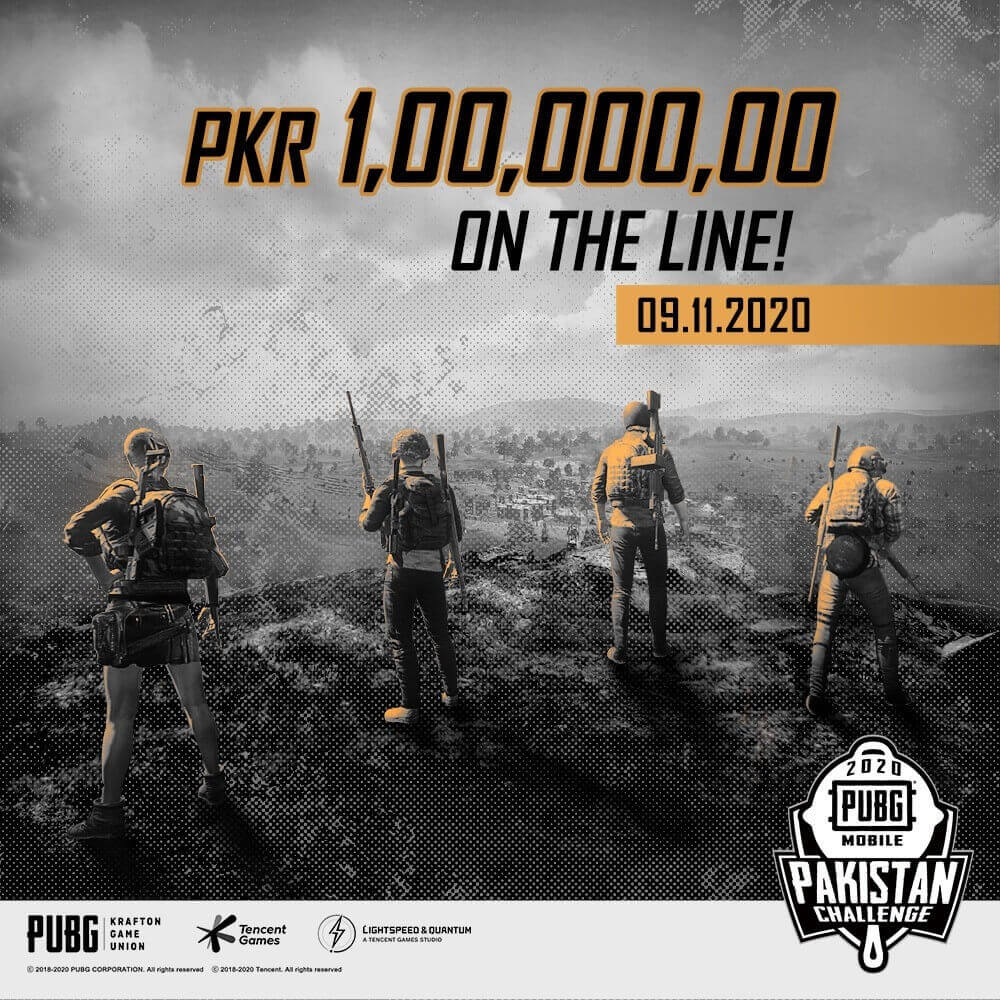 It’s game on for the entire nation! After an unparalleled run with last year’s challenge, PUBG MOBILE is back with the second edition of their biggest, open-to-all flagship tournament.

On the prowl for passionate gamers across the nation, the PUBG MOBILE Pakistan Challenge 2020 displays brands’ efforts and commitment to create a healthy ecosystem that encourages and harbors budding talent. With a cash prize of PKR 1 Crore up for grabs, this tournament makes for one of the biggest esports events Pakistan has ever seen, giving all players that participate a chance to put themselves on the map and be crowned the new reigning champions.

After making its mark as an integral entity within the esports ecosystem ever since its launch, PUBG MOBILE continues to push boundaries by giving players across Pakistan exciting opportunities to leverage their skill-base and showcase their talent. With a platform like the PUBG MOBILE Pakistan Challenge, aspirational players are not only provided with a stepping-stone to a professional esports career but are also given a level playing field to become Pakistan’s next PUBG MOBILE star.

It all begins with registering, the tournament is open to all Pakistani residents with a PUBG MOBILE account above level 20, however, all teams must ensure they register within the 7-day period from 9th to 15th November 2020. Registration can be done via the website, post which all teams will progress to the in-game qualifiers which will go on for a duration of 7 days. Each squad will be required to play 15 matches over a period of a week, out of which their 10 best matches will be utilized in calculating their rankings. Matches are only considered valid when played during these seven days with the 4 registered players of their squad. Teams that play fewer than 10 matches will receive based on actual matches played. These playoffs will witness teams in close combat as they fight tooth and nail to make it to the first round of online qualifiers. The first leg of the online qualifiers will see squads having their work cut out for them as it lasts for a total of five days with 256 teams having to prove their mettle in battle. And for the next step to glory, the quarter-finals will witness 112 teams along with 6 invited teams fighting it out over four days to make it to the semi-final. With audiences now at the edge of their seats, the semi-finals will have 64 teams try to dominate the leaderboard for another four days. Semi-finals will raise the curtains on the prowess of experienced talent while setting the stage for new squads on the verge of national recognition. Teams will fight it out to make it to the top 16 slots. And it all finally comes down to the epic online finals as these 16 teams’ race to the finish line over three action-packed days. With 5 matches scheduled per day, this intense battle royale is where the nation’s new champions will be unveiled.

Giving all PUBG MOBILE players a chance to compete on a level playing field, this tournament is a unique opportunity. There is no limit to registrations and in-game qualifiers over seven days will determine the teams that ultimately battle it out. The prizes promise a chance to walk away with 50,00,000/- PKR for the team ranking first, 20,00,000/- PKR for a second, and 10,00,000/- PKR for third. Cash prizes are there for the taking, up to rank 16.

The second edition of the PUBG MOBILE Pakistan Challenge 2020 is all set to take the nation by storm and promises to be an action-packed phenomenon of exuberance, grit, skill, and determination as gamers tackle each other head-on. Ready to open new doors of opportunity for those looking to make their mark on a national level, make sure you register for an unforgettable gaming experience and a chance to bring home all the glory!

The website for registrations is now live at www.pubgmobilepakistan.com