realme Pakistan indulged in a unique discussion about their upcoming realme 8 Series. It was an influencer roundtable featuring realme Allies from different walks of life, such as design, photography, gaming and technology who talked about all the elements that the realme 8 Series offers to people. The new realme 8 Series brings exceptional camera features with a powerful processor and monstrous battery capacities that are chargeable at lighting fast speeds. Not only that, but its design has a futuristic aesthetic that every young person would take an instant liking to.

The realme 8 Series roundtable was heavy on talent with a panel of renowned influencers who are allies of realme for the launch of its upcoming 8 Series. The panel included the stunning realme Design Ally, Kinza Hashmi; realme Photography Ally, Azeem Sani; and YouTube tech sensations, Bilal Munir (VideoWaliSarkar) and Ali Abbas (MASTech) as the realme Tech Allies. Other than that our very favorite gaming expert, Saad-ur-Rehman aka Ducky Bhai was there as the realme Gaming Ally for expert gaming tips. The session was moderated by realme’s Product Manager, Hamza Khan live on realme’s official Facebook page and YouTube channel. 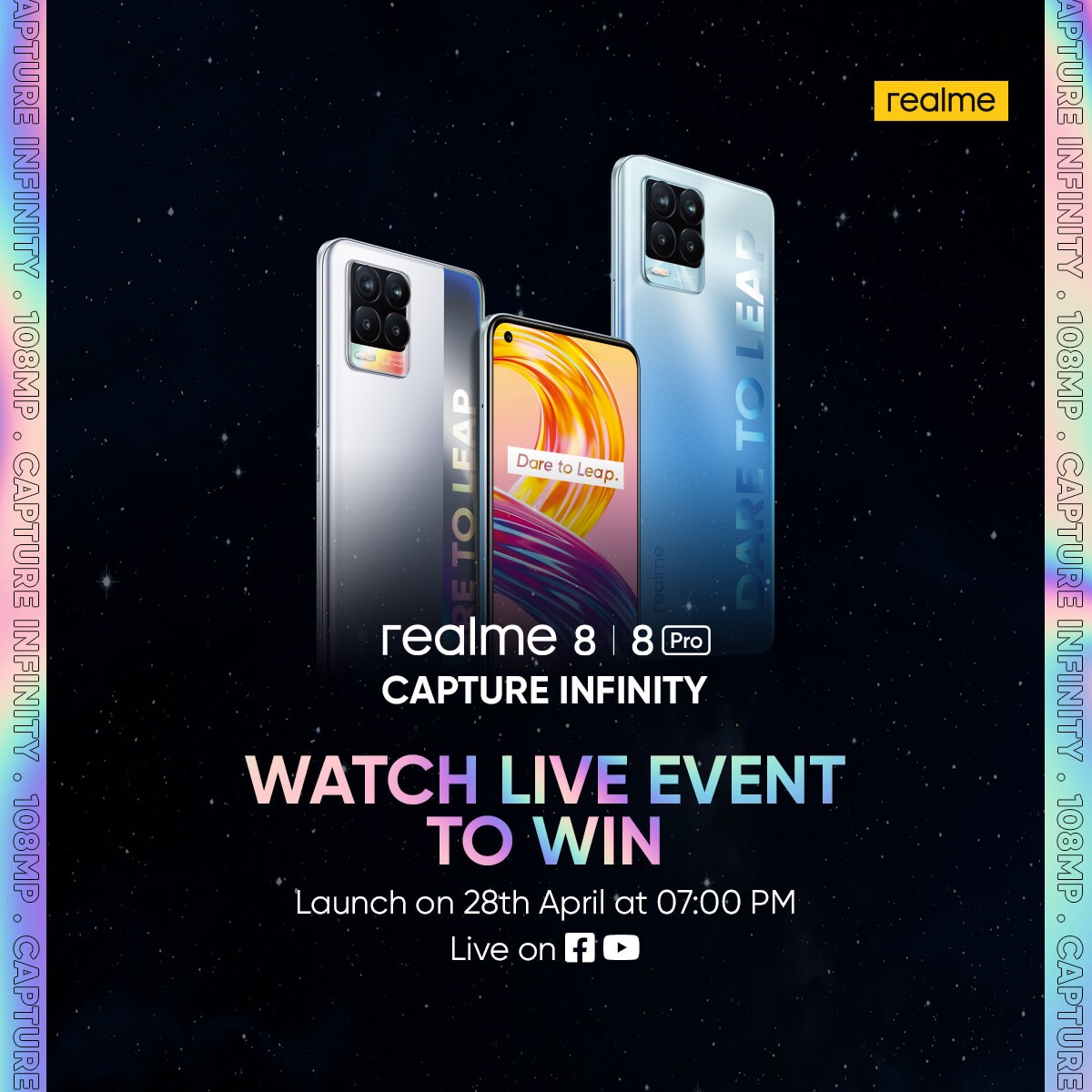 The experts highly praised the feature-rich realme 8 Series where the realme 8 Pro’s 108MP Ultra Quad Camera won their accolades for spectacular photography. Over at the design front, Kinza Hashmi was bowled over with the stunning futuristic designs that carry the “Dare to Leap” emblem on the back of the phone. With its 50W SuperDart Charge on the realme 8 Pro and the 30W Dart Charge on the realme 8 – Bilal Munir of VideoWaliSarkar fame called it one of the fastest charging devices in Pakistan, while Ali from MASTech said that the performance of the large batteries was augmented by the ultra-fast charging capabilities of the realme 8 Series.

Ducky Bhai, being a pro gamer was a fan of the MediaTek Helio G95 gaming processor on the realme 8 which powered by the 5,000 mAh battery and Super AMOLED screen gave him the most satisfying and upbeat gaming experience on a smartphone. Gaining admiration from all the influencers, the realme 8 Series became a favourite of all the realme allies.
So, to all the viewers and realme fans out there, the realme 8 Series is just around the corner. While more on the features shall be revealed soon, get ready to catch the launch event of realme 8 Series on Wednesday, April 28, 2021 on realme’s official Facebook page and YouTube channel.