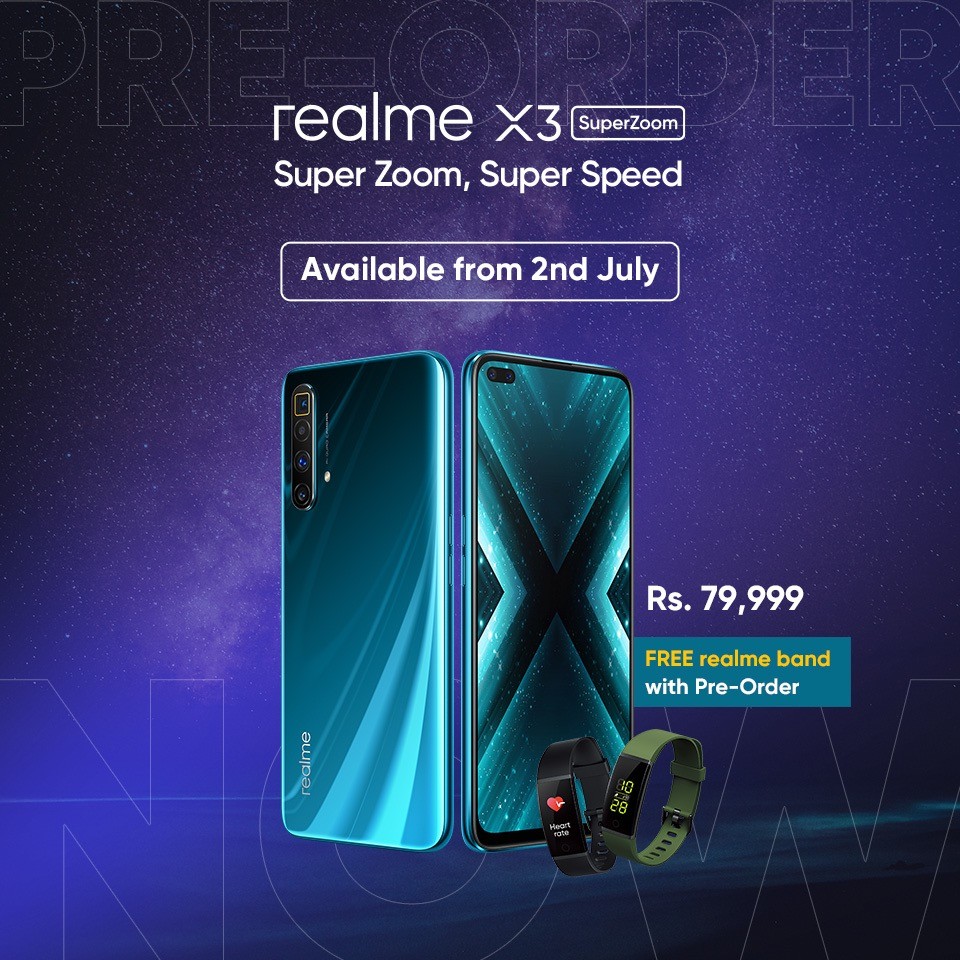 The Realme X3 SuperZoom gets its name from the 8MP 122mm 5x periscope zoom lens, which through software and with the help of the 64MP main sensor can snap up to 60x hybrid zoom shots. The rest of the rear cameras are an 8MP ultra-wide and a 2MP macro. The main camera offers Nightscape 4.0 complete with Pro mode with manually-adjustable settings like ISO, shutter speed, white balance, and autofocus, as well as AI Mode, which does everything on its own. The Starry mode feature in this device will get you breathtaking pictures of sky & stars. A treat for Astrophotography Lovers There’s also a Tripod mode. 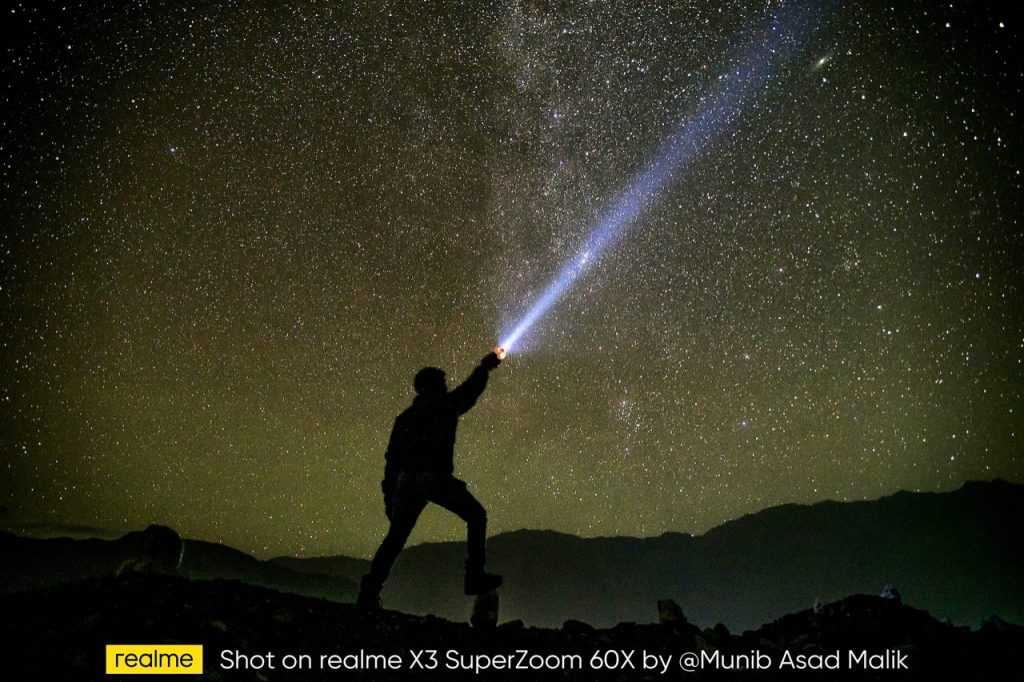 On the front, the Realme X3 SuperZoom packs a dual camera in a pill-shaped punch hole in the display. The main selfie sensor is a 32MP Sony IMX616 and on the side of it there’s an 8MP ultrawide angle second shooter. The main sensor offers Nightscape Selfie capture – Night mode for selfies.

The X3 Superzoom has a 6.6-inch 1080p LCD screen with a 120Hz refresh rate. There’s a cutout for a 32-megapixel selfie camera and an 8-megapixel ultrawide. The fingerprint scanner is a side-mounted sensor that Realme claims is good for 0.3s unlocks.

The X3 SuperZoom uses a Snapdragon 855+ chipset with 12GB of RAM, vapor chamber cooling, and UFS 3.0 storage with Turbo Write, which was the last flagship-class chip Qualcomm made before it started forcing everyone to include 5G modems alongside the 865. There’s a 4,200mAh battery that charges at 30W over USB-C. The speakers and haptics are pretty good, and Realme is claiming “three waterproof layers” in the phone’s chassis — there’s no formal IP rating, though.

The Realme X3 SuperZoom is powered by the 7nm Qualcomm Snapdragon 855+ mobile platform, which integrates an eight-core Kyro CPU and Adreno 640 GPU. It clocks up to 2.96 GHz, providing super powerful performance and letting you run heavy games and applications smoothly. Compared to the Snapdragon 855, there is a 5% uplift to the single CPU core and a 15% boost to GPU rendering performance. It further supports Snapdragon Elite Gaming and Quad HD+ display for a formidable, enhanced gaming experience. The AI processing chip is also three times faster than the previous generation, swiftly and intelligently carrying out core operations.

The Realme X3 SuperZoom is on pre-order starting today and will go on its first sale on July 2nd, 2020. It comes in Glacier Blue and Arctic White in a single 12/256GB configuration, priced at Rs. 79,999/-