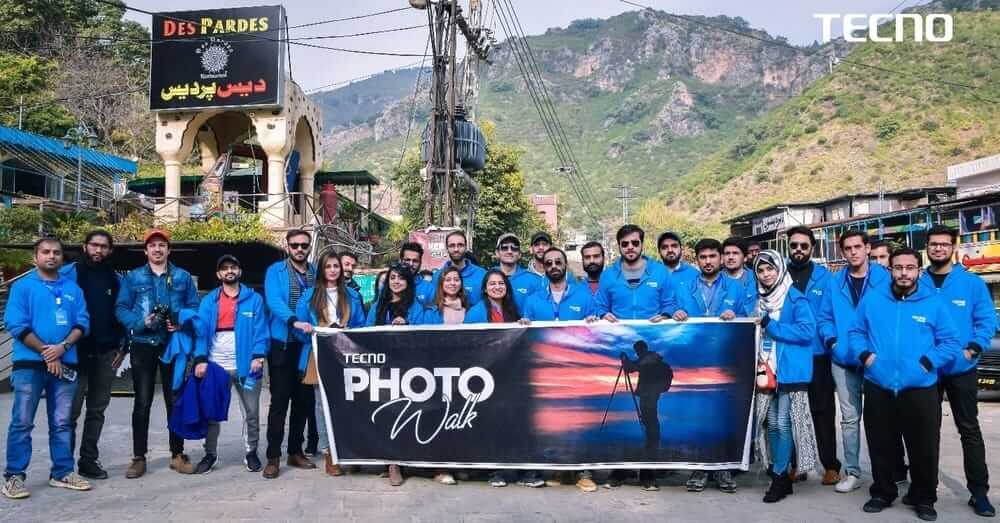 New Year means new beginnings and being thankful for what we had in the previous year. 2021 was filled with many new things, especially in the tech market. Many companies brought forward interesting gadgets with engaging campaigns for their users. One such brand is TECNO, the leading smartphone brand, which introduced not only phones but some very interesting campaigns for consumers.

Let’s go through what TECNO brought for Pakistani consumers in 2021.

Starting the year with a Photowalk with the fans, TECNO welcomed 2021 with a bang. The brand arranged photowalks in all major cities of Pakistan including Lahore, Karachi, and Islamabad. This campaign was designed for its Camon 16 series which is also known as the “Camera King series”.

In March, TECNO offered bumper prize-winning scratch cards with the purchase of Spark 6 Go that gave buyers a chance to win exciting prizes including a new device, gadgets, and even a trip to Thailand, resulting in a huge sale. Later during the PSL season, TECNO conducted the “Cricket Ka Junoon” activities in the major cities of Pakistan where fans got special discounts, gifts, and more.

Right after this, TECNO launched its Spark 7 Pro – the all-rounder phone with remarkable specs and price. Minal Khan, the gorgeous Spark girl that perfectly embodied all the aspects of TECNO Spark 7 Pro was introduced as the ambassador for the phone. The phone was a hit with thousands of units sold out in just an hour and Minal Khan’s DVC being the top trend. 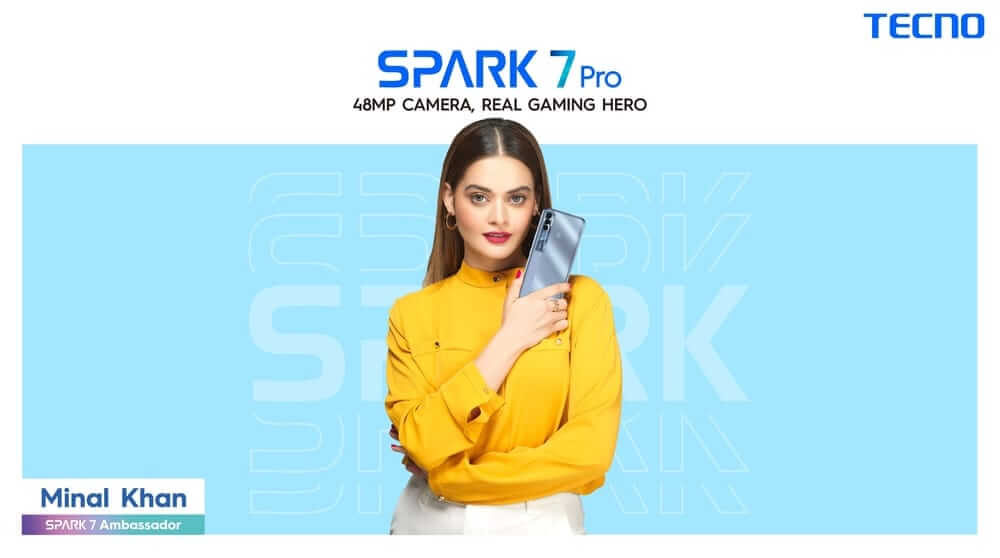 Born to Stand Out!

TECNO launched the ‘Born to Stand out Campaign’ with its Camon 17 series, which highlighted the emerging talents of Pakistan who specialize in different areas. The campaign was an instant hit providing young people a platform to showcase their talent. This reached masses as an inspiration for everyone, motivating them to come forward with their own unique talents. 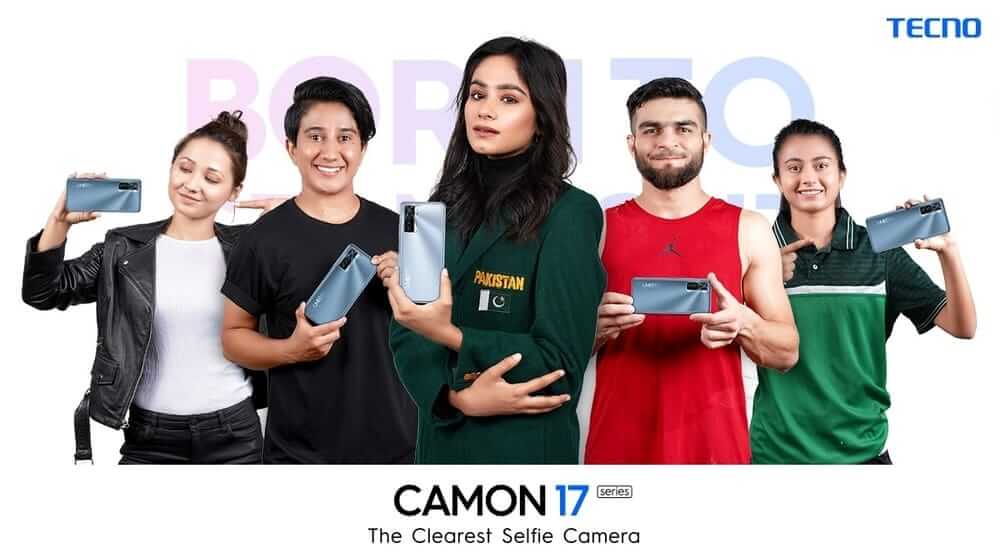 In August, TECNO brought something entirely new for the fans – The premium phone, PHANTOM X. the phone was not only the first flagship phone from the brand in Pakistan but brought a new experience of a Borderless AMOLED screen for TECNO users.

The highlight of this phone was not only the clear 6.67” FHD+ AMOLED Borderless Screen but its aesthetically designed body. With Ultra-Thin-In-display Fingerprint, double-curved 3D glass integrated body, AG process, 3D depth of field textured light effect, and much more, Phantom X took attractive body designs to another level. 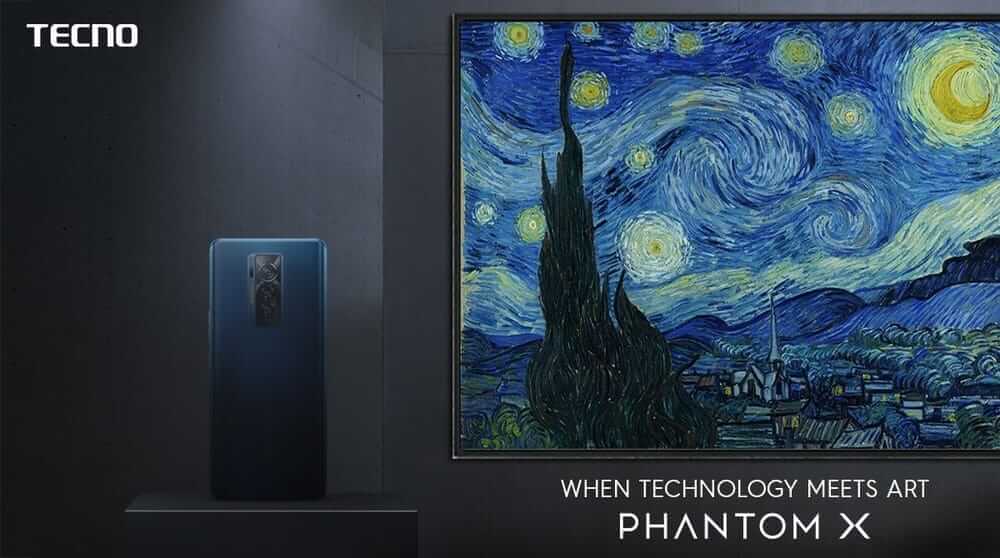 What more can a smartphone brand bring for its consumers? TECNO proved to have a lot in stores for the fans.

They did live sessions, fun videos, gaming sessions, watched hours of movies, and much more as part of the challenge to drain the 7000mAh battery of POVA 2, but all failed. Moreover, TECNO PUBGM Campus Championship to universities in Islamabad and Lahore for fun-filled competitions engages hundreds of students to participate and win. 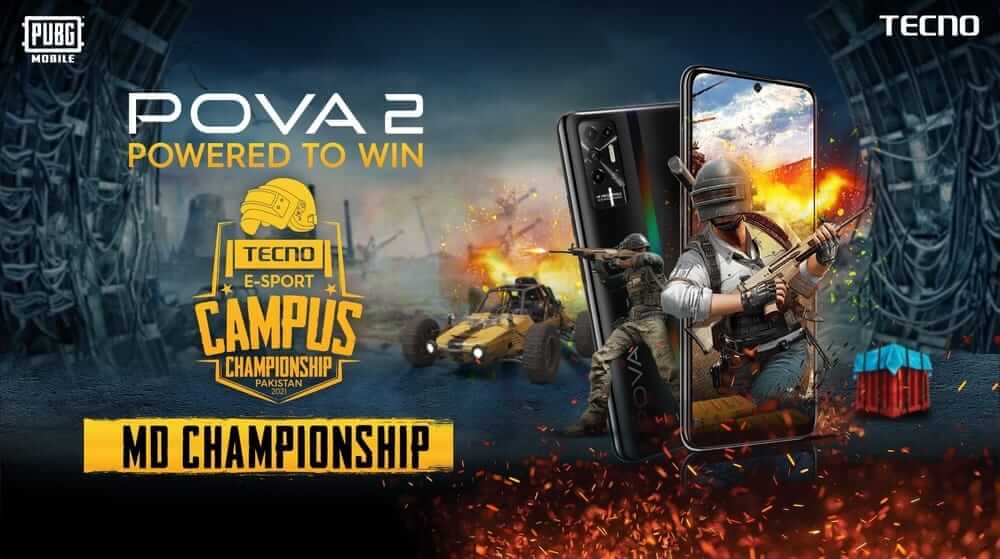 Last but not least! Gimbal technology and Celebrity collaborations!

At the end of 2021, TECNO introduced its Camon 18 series with the latest Gimbal Technology. The 18 Premier became an instant hit especially among photographers, vloggers, and videographers for its smooth and steady shots and the 60X zoom. 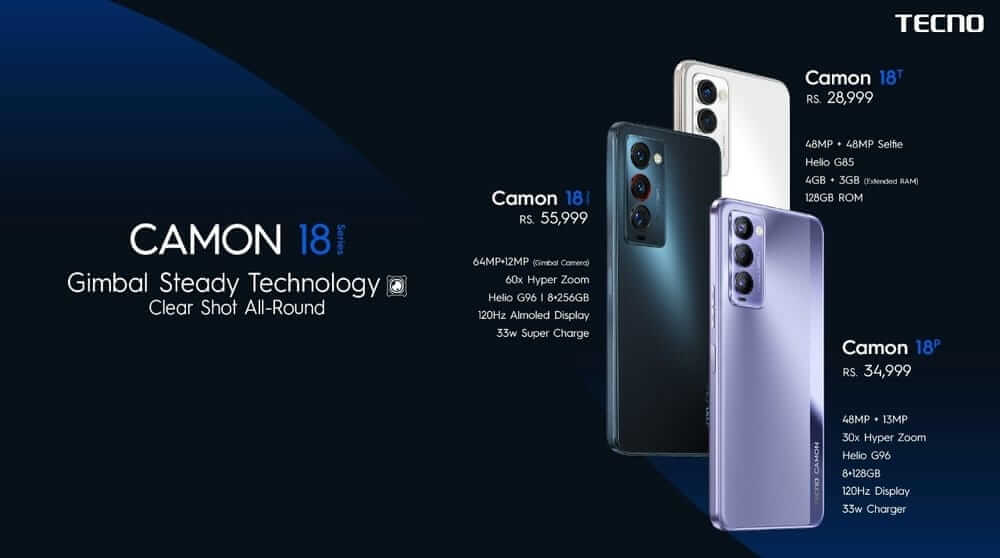 Moreover, Ahmad Ali Akbar and Sehar Khan were taken as local Ambassadors for the Camon 18t phone. The Camon 18t TVC became a great hit with a beautifully portrayed story of destined meetings staring the ambassadors. The series brought a lot of new features and professional camera experiences for the fans like gimbal, hyper-zoom, periscope lens, a bigger selfie camera, massive storage, and much more.

Moreover, Ahmad Ali Akbar and Sehar Khan were taken as local Ambassadors for the Camon 18t phone. The Camon 18t TVC became a great hit with a beautifully portrayed story of destined meetings staring the ambassadors. The series brought a lot of new features and professional camera experiences for the fans like gimbal, hyper-zoom, periscope lens, a bigger selfie camera, massive storage, and much more. 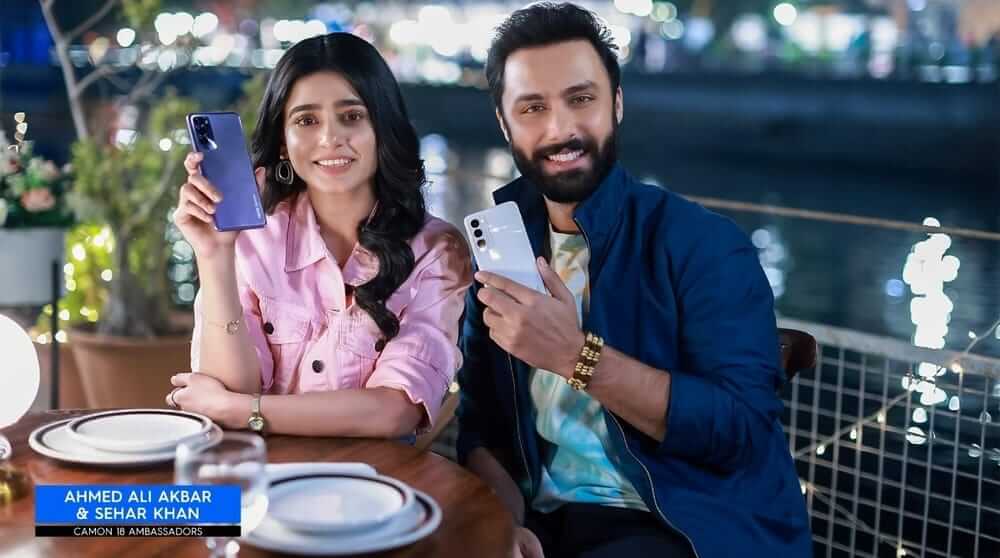 With all this in view, we have some high hopes for TECNO’s campaigns in 2022!

Let’s see what the brand has in store for us.

For more details on upcoming products, follow TECNO on all social media sites.