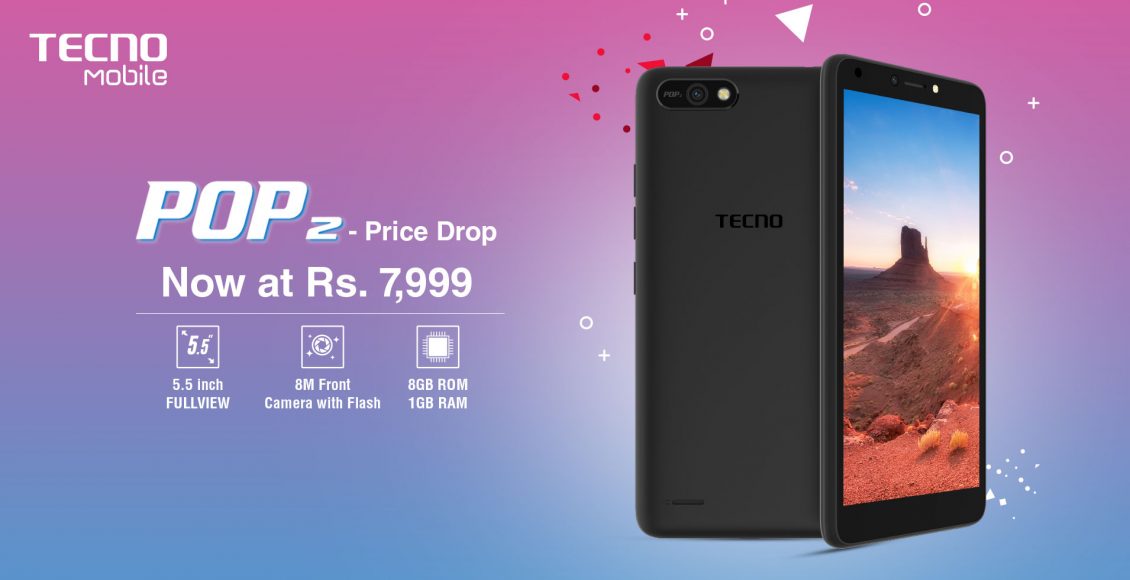 TECNO Pop 2 which features a 5.5’ inch display, dual-sim usage and a LED-Flash HDR selfie and 8MP main camera was initially for 9,499 rupees. Under the new offer the price tag of the Pop 2 is now only 7,999 rupees which gives costumers a discount of PKR 1500!

Stephen Ha, the General Manager of TECNO Mobile Pakistan stated: “By reducing our smartphone prices, we want to help those consumers who don’t have enough resources and are worried about the rising inflation. At

Pop 2 is widely popular due to its stylish design, great features and affordability. The price reduction by TECNO Mobile makes the Pop 2 even more desirable for customers who are budget conscious.

Earlier this week TECNO also announced reductions of price on multiple other phones including the Camon i4 (3GB and 4GB).

TECNO Pop 2 features GSM/HSPA technology and a 16:9 display ratio that supports full touchscreen. The Quad-core 1.3Ghz CPU makes the phone reliant and ensures speed. The phone also supports a memory of 1GB RAM and 8GB ROM that can be expanded by the user up to 32GB by an SD card. Additionally the phone’s loudspeaker and video display of 1080p make it perfect as a light entertainment device.

TECNO’s efforts aren’t just limited here. The company has also carried out substantial CSR initiatives one of which is their support for the education of thousands of orphans together with the Khubaib Foundation. Moreover, TECNO Mobile has also contributed towards the growth of business and employment in Pakistan through its extensive outreach. The company has made it clear that it is not just operating a business but also a social venture through which they aim to sustain and empower the communities in which they work.

TECNO Mobile Reduced The Price Of Its Flagship Model Camon i4