TECNO Mobile Reduced The Price Of Its Flagship Model Camon i4 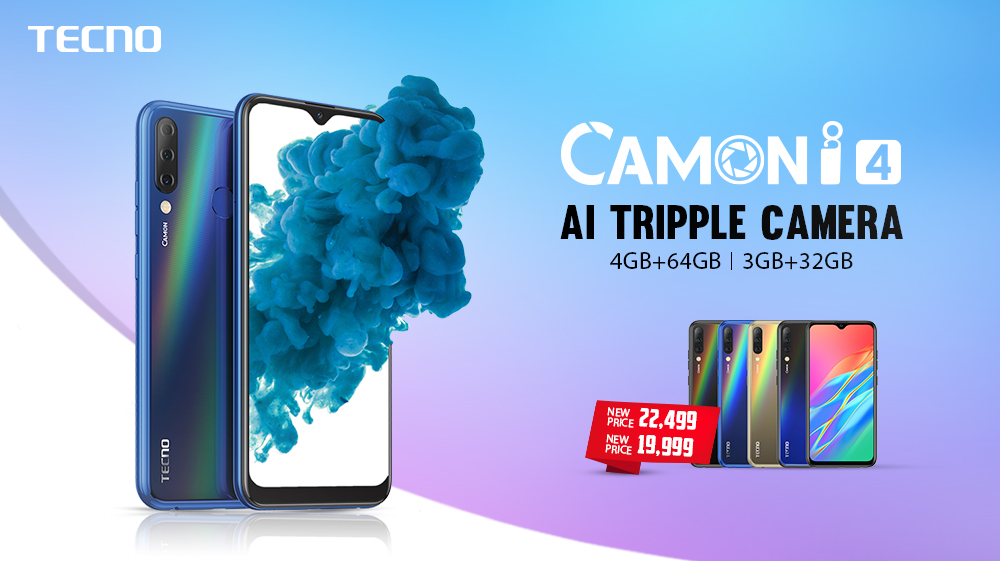 The Camon i4 had already made waves across the country and with this new deal smartphone enthusiasts can get their hands on one of TECNO’s best smartphone.

The Camon i4 is a brilliant smartphone that comes with 6.217″ Display along with the storage of 64GB, 4GB RAM and 32GB, 3GB RAM respectively. The phone features 13 MP + 8 MP + 2 MP camera and is powered by a 3400 mAh battery. The phone is perfect for taking photos and is a great tool for those who enjoy capturing the beauty of their loved ones and of their surroundings.

This current discount on the Camon i4 is unbelievable and will surely make consumers feel great about TECNO and their work. While speaking to the team of TECNO Mobile Pakistan we asked the reason for this great initiative. Officials from TECNO stated: “By reducing our smartphone prices, we want to help those consumers who don’t have enough resources and are worried about the rising inflation. At TECNO we care about all our customers and this initiative is just our way of helping Pakistan and Pakistanis”.

TECNO is giving consumers the biggest discount of the year together with the most value for their money. This is a remarkable fleet by the company which allows users to “Capture More Beauty” at an even lower price.

However this isn’t the first time TECNO has acted for the benefit of the people of Pakistan. The brand launched a national CSR campaign earlier this summer through which they provided quality education to the orphans of Khubaib Foundation. Additionally TECNO Mobile has also contributed towards the growth of business and employment in Pakistan through its extensive outreach.

In terms of TECNO’s recent endeavor we acknowledge the massive impact this will have on consumers across the country. The Camon i4 is one of the bestselling budget smartphones in Pakistan and so by lowering its price at peak timings makes TECNO truly stand out.

TECNO has made it clear that the company is not just operating a business but also a social venture through which they aim to sustain and empower the communities in which they work.

The teaser for Spark Go just came out and its definitely sparking everyone’s attention!