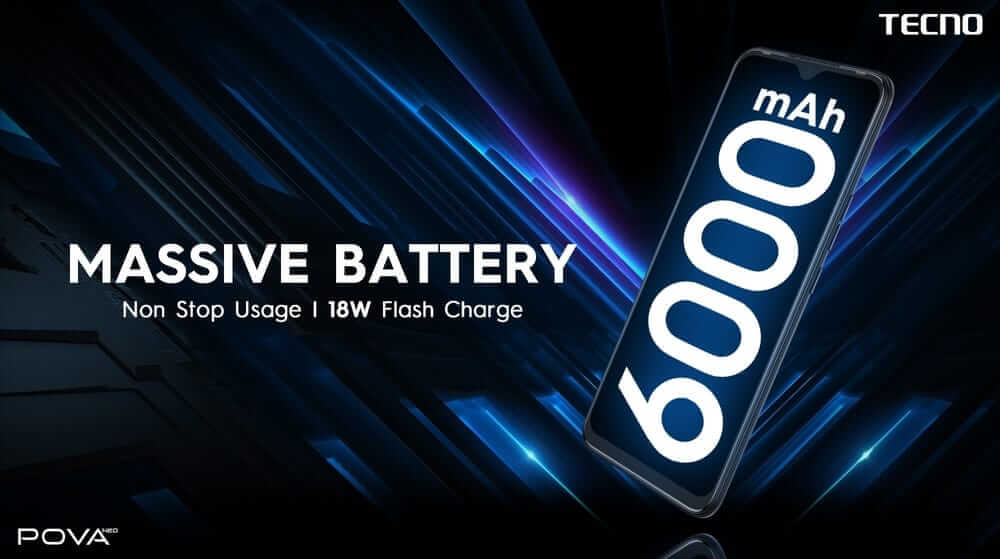 TECNO’s exclusive gaming series, POVA is much loved by young consumers. The brand has launched successful gaming devices for its fans. Each launch elevated the brand’s sales and reputation. The latest POVA Neo is performing excellently in the retail market with almost hundreds of units being sold daily.

If you’re a hardcore gamer looking for a dynamic yet affordable device, here’s why you should choose POVA Neo.

TECNO is devoted to bringing the best technology to the smartphone industry. With POVA Neo, you get a massive 6000mAh battery power. It is more than sufficient and you don’t have to charge your phone every few hours. 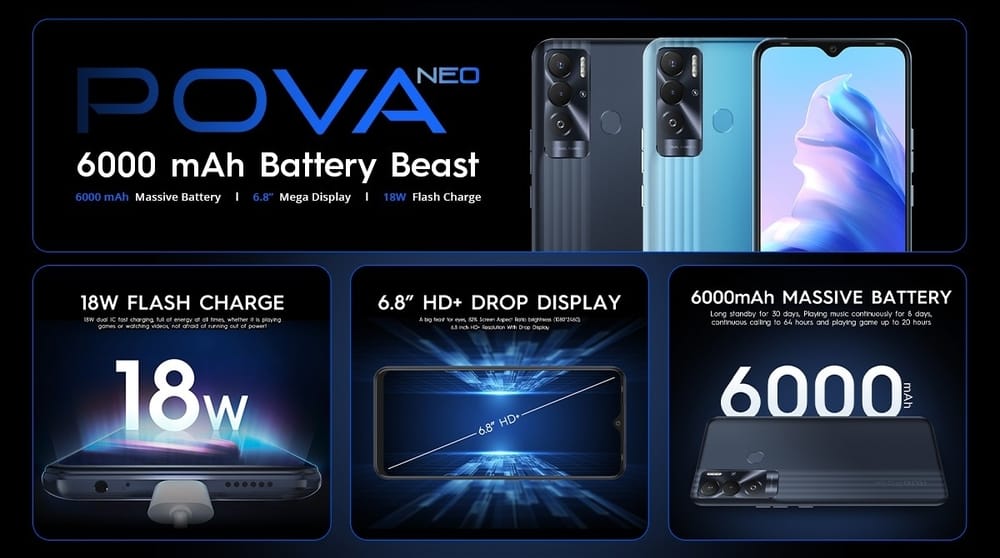 The HiOS Battery Lab feature optimizes battery usage using Artificial Intelligence (AI). This smart power-saving mechanism limits the power consumption of less-used apps. So, with this feature, you get an extended battery for unlimited gaming.

Since it is exclusively a gaming phone, POVA Neo carries an ET Gaming Engine. It provides a more dynamic and enhanced gaming performance. The ET gaming engine is designed especially for stronger performance with Image Stabilization. This smartphone is a step ahead of others with a Helio G25 Octa-core processor and high refresh rate graphics (120 Hz).

POVA Neo gives you a vivid HD gaming display on a 6.8-inch big screen. It has built-in game platforms and arcade game emulators as well. If you’re an arcade game lover, this device is just for you.

TECNO never cuts back on other features of its smartphones. Even though POVA is majorly a gaming series of TECNO, it has several other cool features too.

POVA Neo carries a dual camera with a 13 MP Ultra Clear lens at the back. An 8 MP lens is punched at the front of this device. This hot-selling gaming phone can perfectly capture anything you want.

It has 4GB RAM and 64GB ROM. This is enough for a non-stop gaming performance without any lag. Additionally, it comes with a Peak Proof Feature. We all want some privacy, right? The peak-proof feature will hide your screen from prying eyes! It can be activated from the drop-down notification bar.

Moreover, POVA Neo is available in three cool colors, namely Obsidian, Geek blue, and Powehi. All of this in PKR 22,499! This is an opportunity not to be missed. So, hurry up before the stock runs out!