Ufone Khyber Pakhtunkhwa Football Cup: Peshawar Combined FC and DFA Chitral to battle it out in the title decider 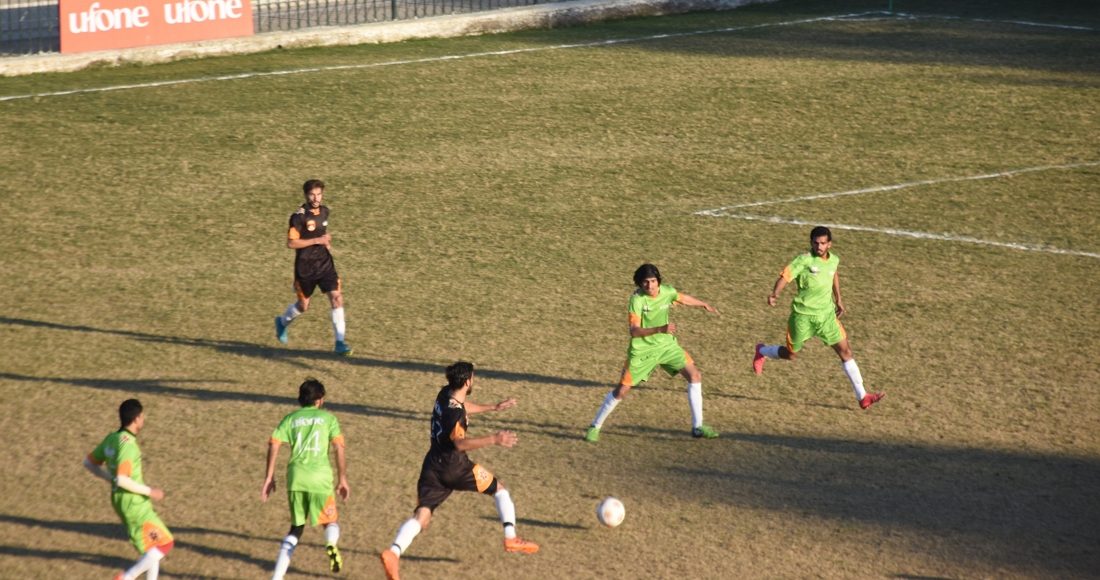 Ufone Khyber Pakhtunkhwa Football Cup: Peshawar Combined FC and DFA Chitral to battle it out in the title decider
Share

Peshawar: Peshawar’s Tehmas Khan Stadium witnessed two historic games of football today. The two semifinals of Ufone Khyber Pakhtunkhwa Football tournament were played amongst the presence of local audience. Before the semifinals, the players, officials and the organizers observed a minute’s silence to show solidarity with the martyrs of Army Public School incident.

The first game was played between Peshawar Combined FC and DFA Green Kohat. It was an evenly contested game and both teams attacked each other’s goal post but all efforts went in vain and none could score a goal. In the second half both the teams came to the field with renewed energy. Peshawar succeeded when Muhammad Haris scored in the 63rd minute to put his team in the lead. Kohat then tried hard to score an equalizer but could not get a breakthrough owning to Peshawar’s strong defense hence Peshawar emerged victorious and booked themselves a place in the final. 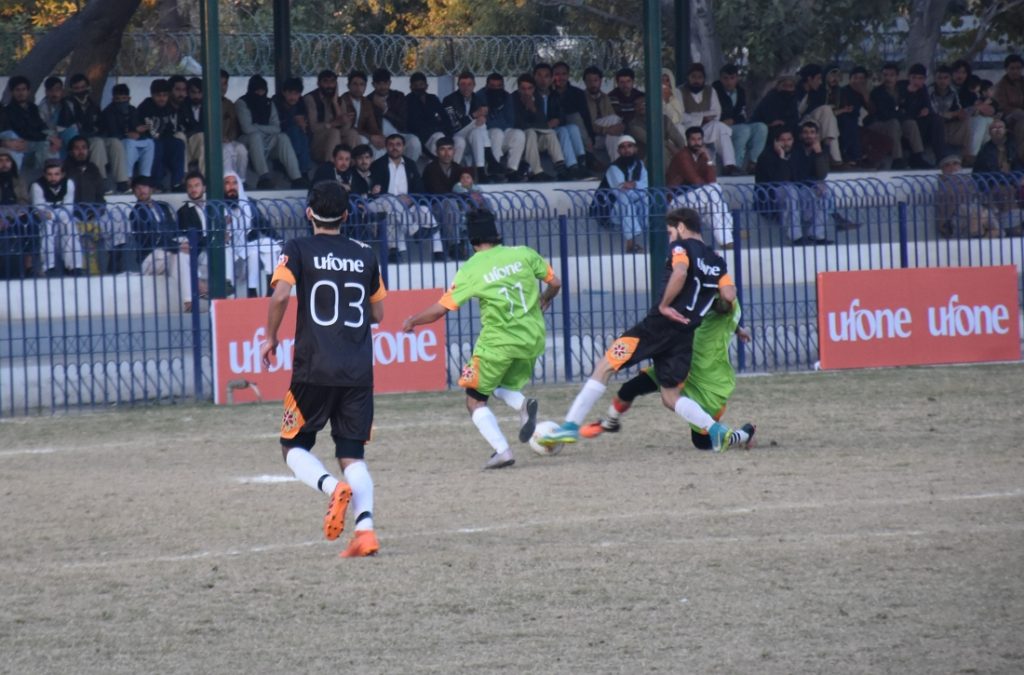 The second semifinal was played between DFA Swabi and DFA Chitral. Again, the game proved to be extremely competitive with both teams attacking each other’s goal aggressively, with none succeeding. With renewed, energy the teams again tried hard to score in the second half of the game but could not succeed and the game had to be decided in a penalty shootout where Chitral beat Swabi in a sensational penalty shootout by 5-4 to qualify for the title decider.

Peshawar and Chitral will fight the final at the Tehmas Khan Football Stadium on 17 December at 5pm. In this colorful final, Singer Saif Ali Khan will be performing the Official Anthem of the Championship titled “Yeh Khel hai Humara, Yeh Jeet hai Humari.” A spectacular fireworks show will also be organized after the match along with a performance from Peshawar’s very own Gul Khan. The final will be broadcasted live on PTV sports and Suno FM 89.4.

The tournament builds on the success of the previous three editions of the same championship in Balochistan. This year, in Khyber Pakhtunkhwa, 64 teams from 21 cities participated to compete for the provincial trophy. 960 young footballers displayed exceptional football talent during the championship.

A Buzz-worthy Cricket Super Star Challenge by Tecno is here!!