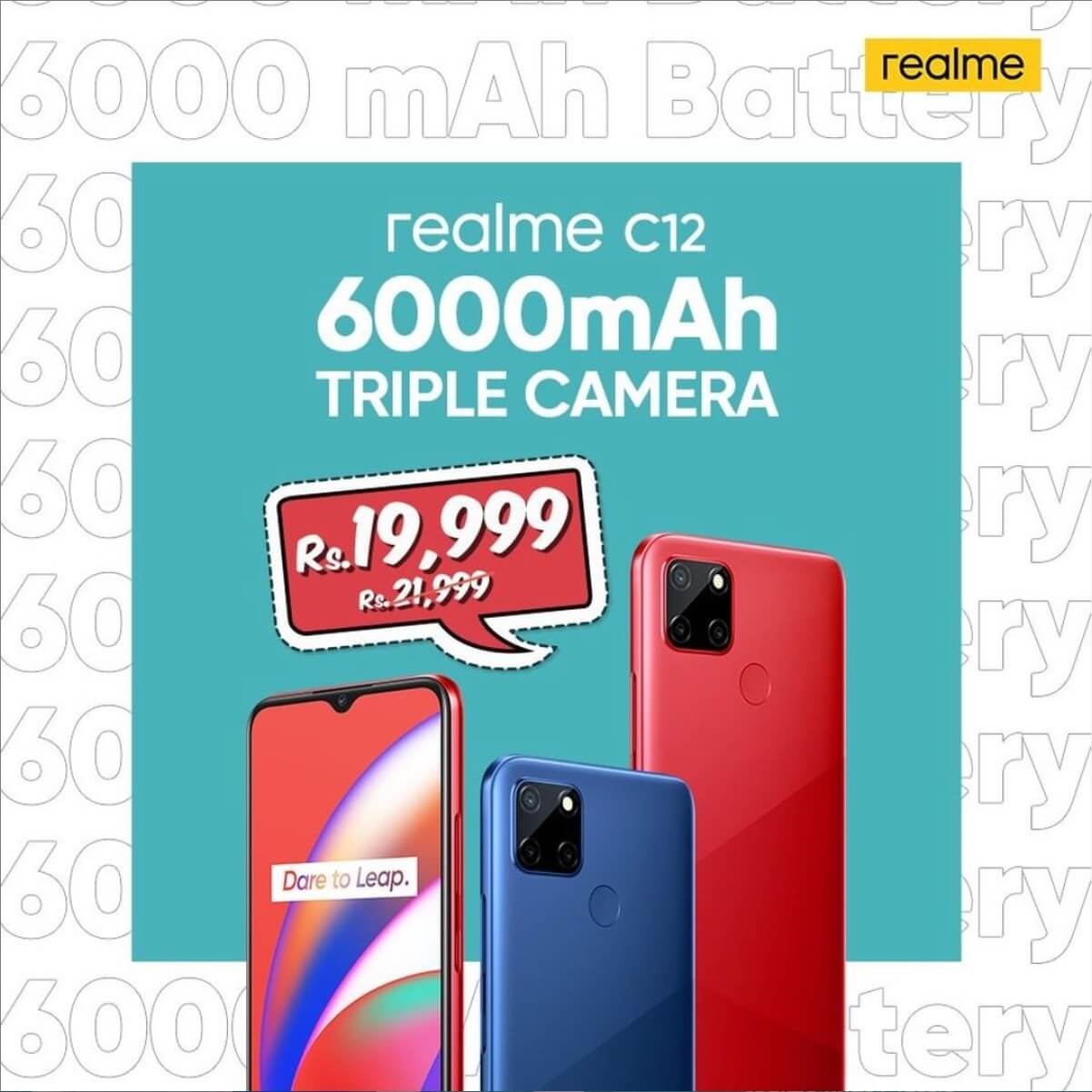 Realme C12 launched last month with a massive 6,000mAh battery and a big 6.5-inch display, the Realme C12 is among the most feature-rich smartphones in the budget segment with 3GB RAM and 32GB internal storage is now being offered at a reduced price of Rs 19,999.

The Realme C12 is a budget Android smartphone for under 20K segment. Based on the Realme C11, it offers upgrades in key areas such as a massive battery, large display, and a triple camera system. Realme offers a 6.5-inch HD+ IPS LCD display with an aspect ratio of 20:9.

The display has thin bezels and a waterdrop notch on the top to hold the selfie camera. The phone gets a fingerprint sensor at the back. There’s also the Face Unlock system for biometric verification. The Realme C12 has MediaTek Helio G35 chipset paired with 3GB RAM and 32GB storage. The phone runs on Realme UI based on Android 10.

As for the camera, the C12 has a triple camera setup at the back. The main camera has a 13-megapixel sensor with an aperture of f/2.2. This is accompanied by a 2-megapixel macro camera and another B/W sensor. The third sensor is used for depth detection. For selfies, you get a 5-megapixel camera with beauty adjustment features and a portrait mode.

The display here is a 6.5-inch HD+ panel that offers an HD+ resolution of 720 x 1600 pixels resolution. It has a U-shaped notch being termed mini-drop by the brand. The notch is small than previous-gen models.