• Realme 5, Realme 5 Pro with Quad Cameras to Launch in Pakistan, on October 2nd 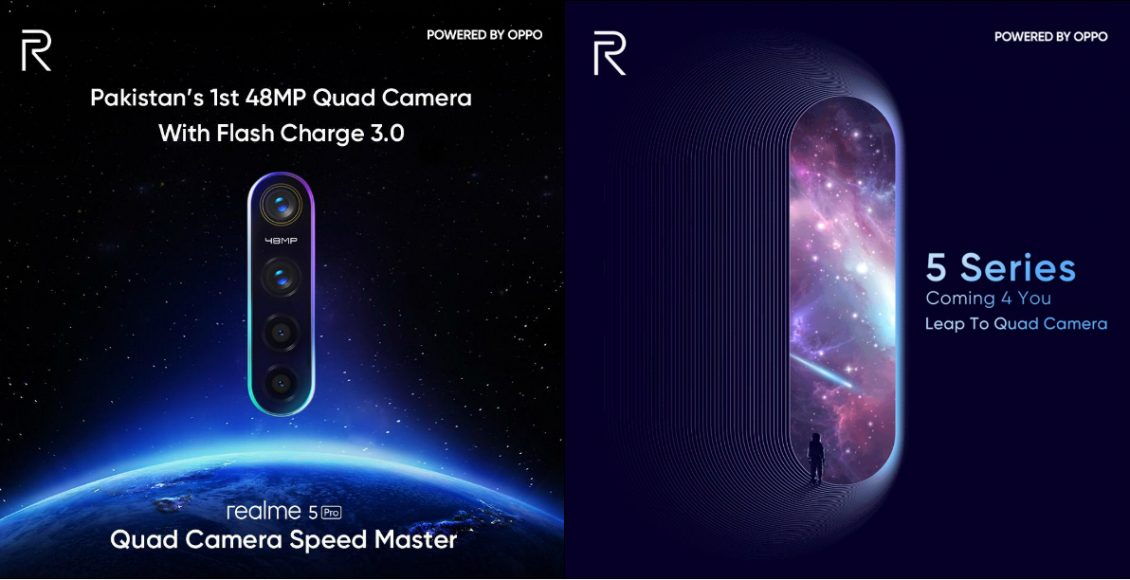 Lahore – September 23, 2019: realme powered by Oppo, the fastest growing youth’s favorite smartphone brand in Pakistan, has announced the launch of realme 5 series on October 2, 2019 in Lahore. realme is continuing its breakneck release cadence announced the launch of the realme 5 and 5 Pro, its new mainline smartphones for Pakistan and the successors to the impressive budget-focused Realme 3 and 3pro. Both phones have four rear cameras and will be available on typically budget friendly prices. This launch will officially mark realme’s entry in to the quad camera era staying ahead of competition and competing with much higher priced models in terms of specs and design both. 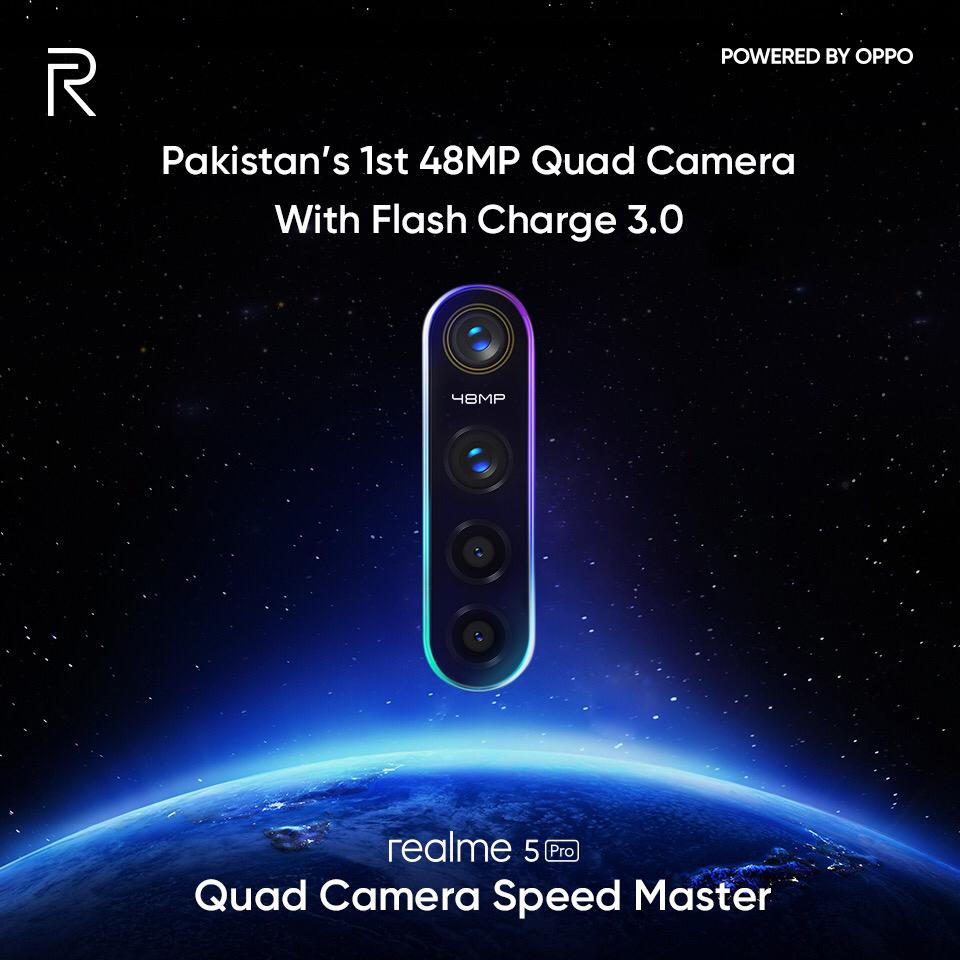 realme will truly revolutionize the camera experience of the users in every segment. The company will reveal more details in the coming days. Brand aims to launch multiple products in the upcoming month both in the classic number series as well as higher end models. The aggressively innovative brand has yet again taken a leap and will incorporate quad cameras in all new devices across various price rand in an unprecedented move.

The Realme 5 Pro is the more advanced device. It comes with a Snapdragon 712 processor, a 4,035mAh battery, a 6.3-inch 1080p LCD screen with a waterdrop notch, and up to 8GB of RAM and 256GB of storage. There’s also a headphone jack and a microSD card slot, and the phone charges over USB-C with VOOC 3.0 fast charging.

The smartphone features a quad-camera setup on the back which comprises a 48MP Sony IMX586 sensor, which we’d also seen on the Realme X, alongside an 8MP wide-angle camera and two 2MP sensors for macro photography and depth sensing. All the three cameras except the depth sensor support the company’s Chroma Boost feature for improved saturation.

The non-pro Realme 5 is lower-end, but some people might actually prefer it. The screen is bigger at 6.5 inches, although it has a lower 720p resolution, and the battery capacity is also massive at 5,000mAh, the biggest battery to be featured on a realme device thusfar. It charges over Micro USB, too, which may or may not be a deal-breaker for you. 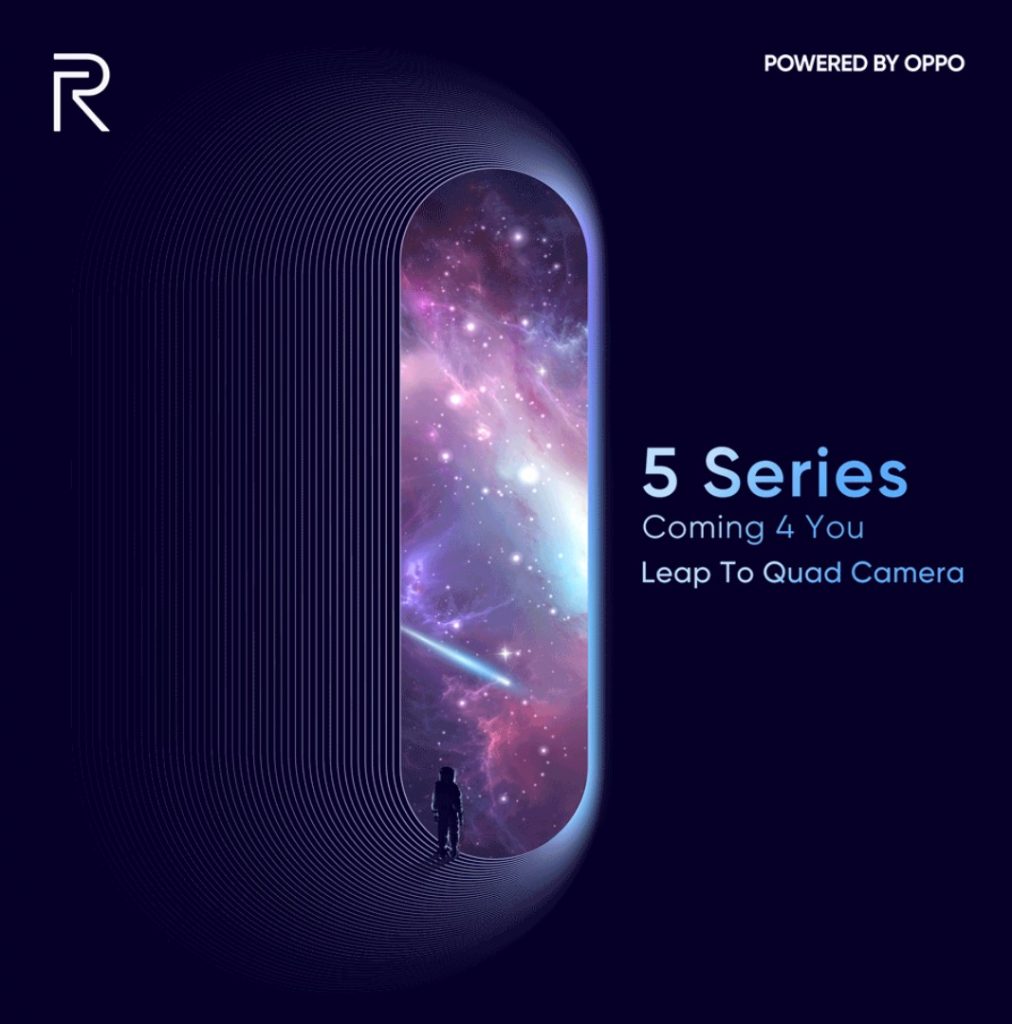 Elsewhere the Realme 5 has a Snapdragon 665 processor and can have up to 4GB of RAM and 128GB of storage. Like the Pro variant, there’s still a microSD card slot and a headphone jack. The quad camera array is similar to the Pro’s, but the primary sensor is 12 megapixels and the selfie camera drops down to 13.

The quad-camera setup includes a 12MP sensor with an f/1.8 aperture lens, and the rest of the three sensors are same as the Pro variant. The smartphone also gets the 4K video recording at 30fps.

Since its entry into the Pakistani market less than 9 months ago, realme powered by Oppo, has already launched 5 products across different price segments from premium flagships to trendy mid-rangers, all designed particularly for the youth. They are also gearing up for the launch of their next products in the classic realme series in the coming months. realme is proving it has planned an even steeper growth trajectory than its parent company through a targeted focus on the youth.

Infinix is all set to launch its most anticipated smartphone, Hot 8 with 5000mAh Big Battery in Pakistan